Heroin Use Up, but Not Because of Opioid Restrictions, Study Finds

Are opioid abusers switching to heroin because prescripton painkillers are more difficult to get? Not necessarily, study finds. 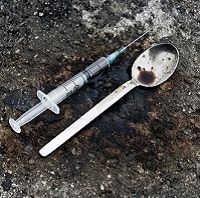 Are opioid abusers switching to heroin because prescripton painkillers are more difficult to get?

A review article published in the New England Journal of Medicine finds that rates of addiction to opioids and to heroin are part of a larger epidemic of opioid-related disorders that, all too often, lead to death. The article, written by Wilson M. Compton, MD, MPE, of the National Institute on Drug Abuse at the National Institutes of Health, and colleagues, was published on January 14, 2016.

While policy-makers, physicians, and others have been successfully curbing the non-medical use of opioids, he writes, heroin use, heroin addiction and heroin deaths have risen. In fact the number of deaths due to heroin more than quintupled since 2000. The authors describe the key question of their review as being whether or not “the very policies and practices that have been designed to address inappropriate prescribing are now fueling the increases in rates of heroin use and death.”

Heroin and opioids are similar from a pharmacologic standpoint, and work similarly within the body. Several national studies found that people who use opioids nonmedically are more likely to transition to heroin use. The number of people who use heroin who first took opioids is quite high, from 75-80%, depending on the population being studied. During the last 10 years, heroin use has increased across the board, but particularly among those living in nonurban areas, between 18 and 25 years of age, women, middle class, and non-Hispanic whites.

Several studies have concluded that people addicted to opioids begin using heroin because it is both cheaper and more easily available than opioids, partly due to the policies that have made opioids less available. However, the authors note, “It appears that the shift toward heroin use among some nonmedical users of prescription opioids was occurring before the recent policy focus on prescription-opioid abuse took hold.” Several studies found that the rates of death due to either opioid or heroin overdose do not appear to be linked.