Diets high in fat may increase the likelihood that intestinal lining cells become cancerous, according to findings published in the journal Nature. 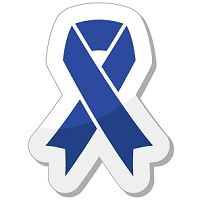 Diets high in fat may increase the likelihood that intestinal lining cells become cancerous, according to findings published in the journal Nature.

Researchers from the Dana Farber Cancer Institute, Whitehead Institute, and MIT’s Koch Institute for Integrative Cancer Research tested mice models fed high fat diets to determine whether there is a link between high fat, high calorie diets and the risk factors for many types of cancers.

The study authors cited previous research, which indicated that obese people were at greater risks for developing colon cancer and that intestinal stem cells were the cells most likely to build up the mutations that produce colon cancer.

For between 9 and 12 months, researchers fed healthy mice a normal diet or a diet containing 60% fat, and noted in a press release that a typical American diet contains about 20 to 40% fat.

The study suggested that the mice given the high fat diet gained between 30 and 50% more body mass and developed more intestinal tumors than the mice on the normal diet. The mice in the high fat diet group also showed epithelial cell changes: there were more intestinal stem cells present than when compared to normal diet mice and the stem cells were able to operate independently from other cells.

In the second part of the study, the researchers removed the tumors from the high fat diet mice as well as cells from the normal diet mice and continued to grow them in a culture dish. From there, “mini intestines” were formed faster than intestinal cells taken from normal diet mice.

The team noted progenitor cells from the high fat diet mice started to behave like stem cells. The cells started to live longer and they were able to generate mini intestines when grown outside of the body.

This study calls to mind the recent report from MD Magazine that high fat diets are just as damaging as binge eating cycles. In the study, researchers determined that the variety of gut bacteria in mice fed both junk food and a binge eating diet were significantly reduced compared to mice fed a healthy diet.