Ribotype 046 was highly prevalent during the 2011 C difficile outbreak at a hospital in Sweden.

A team, led by Cecilia Magnusson, MD, Department of Infectious Diseases, Region Jönköping County, Jönköping and Department of Biomedical and Clinical Sciences, Linköping University, identified characteristics of a large nosocomial outbreak of CDI, specifically dominated by ribotype 046, at a Swedish hospital in 2011.

Some C difficile ribotypes have been identified as hyper virulent, particularly ribotype 027, which has been associated with large outbreaks and severe outcomes since 2001. However, the incidence of this ribotype is decreasing as other ribotypes, including 017 and 078 are emerging. In fact, these newer ribotypes are associated with multiple antimicrobial resistance globally.

The 2011 outbreak was discovered at Hofland Hospital and was recognized through a national surveillance program. When the outbreak occurred, CDI was 1 of the most common nosocomial infections. There was an average incidence between July and December of 22 cases, compared to 10 and 7 cases per 10,000 hospital days in the other 2 hospitals in the same county.

There were a number of measures put in place to try to contain the outbreak, including monthly evaluations of new C difficile infections, reinforcement of adherence to standard precautions and existing cleaning procedures, implementation of a rapid molecular diagnostic tool as a constant service, and antibiotic stewardship, which consisted of reintroduction and enlightenment of existing antibiotic guidelines to all prescribers at the hospital.

In the study, the investigators examined the pathogenicity of ribotype 046, explored the epidemiological links by whole genome sequencing, and evaluated different interventions implemented to stop the CDI outbreak. The investigators examined the catchment area of the hospital’s 433 samples from 298 patients that were positive for C difficile in routine diagnosis analyses in 2010 and 449 samples from 290 patients who were positive in 2011.

The team collected clinical isolates (n = 366) collected during and after the outbreak. The samples collected were ribotyped and subjected to whole genome sequencing (n = 246).

The investigators evaluated the medical records of patients infected with the 7 most common ribotypes.

Ribotype 046 also yielded a higher mortality compared to other strains (20.2% to 7.8%). However, there were no differences in concomitant disease, age, or antibiotic treatment.

The investigators believe the outbreak ultimately could have been avoided.

“Shortcomings in hygiene precautions most likely contributed to the outbreak, as has been described in other settings,” the authors wrote. “Before there was an awareness of the outbreak, patients were often transferred between wards after being exposed to C. difficile or while having diarrhea. Sometimes the CDI patients were not isolated and the cleaning procedures around the patients were not optimal.”

The study, “Characterization of a Clostridioides difficile outbreak caused by PCR ribotype 046, associated with increased mortality,” was published online in Emerging Microbes & Infections. 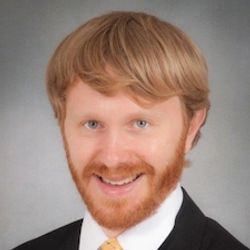