Investigators examined more than 600 fellow eyes in a secondary analysis to identify 2 imaging features and 1 genetic variant linked to conversion.

A recent secondary analysis has identified 2 imaging features and 1 genetic variant that were associated with conversion to neovascular age-related macular degeneration (nAMD).

Investigators found that genetic variant rs61941274, mean drusen reflectivity, and total en face area of drusen restricted to a circular area 3mm from the fovea were associated with conversion to nAMD.

Investigators carried out a retrospective, post hoc secondary analysis of the Study of Ranibizumab Administered Monthly or on an As-needed Basis in Patients with Subfoveal Neovascular Age-Related Macular Degeneration (HARBOR) randomized trial. The HARBOR trial was a 2-year phase 3 multicenter, prospective, randomized, double-masked, active treatment-controlled clinical trial focused on safety and efficacy of intraviteral ranibizumab on a monthly or pro re nata treatment regimen for patients with choroidal neovascularization secondary to wet AMD. A total of 686 fellow eyes were included in the investigator’s analysis and all eyes had nonneovascular AMD at baseline.

Authors noted several limitations within their study. The data for eyes analyzed for progression of AMD from a controlled clinical trial setting might differ between centers and their results may not be applicable to a real-world clinical population. Additionally, the limited sample size could have contributed to the lack of significant results for apparent demographic and risk factors previously shown to be associated with progression to nAMD. The feature-extraction algorithm targets areas where druse is present so some hyper-reflectivity may not have been identified if it was not overlying a drusen.

In an invited commentary, Maureen Maguire, PhD, professor of ophthalmology at the Perlman School of Medicine, University of Pennsylvania, wrote that demonstrated advances in imaging mean that technology will likely find its way into patient care, but long-term studies are needed to understand the earliest initiating events and create better prevention strategies.

“(Imaging and automated analysis) will likely replace time-consuming manual grading for research studies and make their way into patient care,” Maguire wrote. “However, the accuracy of these predictive models does not appear to be better than for previous predictive models based on manual grading, and additional features associated with disease progression have not yet been identified.” 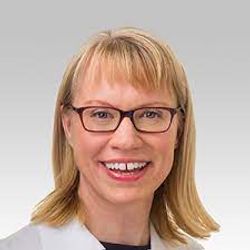