A recent study estimated that 292,000 adult cases of cardiac arrest occur in US hospitals annually. 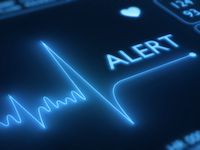 Using data from the American Heart Association (AHA) annual survey, investigators estimated that a total of 292,000 adult and 15,200 pediatric cases of cardiac arrest occur in hospitals across the US annually. &#8232;&#8232;

Investigators developed a negative binomial regression model using the Get With The Guidelines-Resuscitation (GWTG-R) registry to estimate the incidence of index pulseless in-hospital cardiac arrest based on hospital-level characteristics. Investigators then applied the model to predict in-hospital cardiac arrests using data from the AHA annual survey. &#8232;&#8232;

From the 398 GWTG-R hospitals identified, investigators estimated the average incidence across all hospitals in the US between 2008 and 2017 was 292,000 cases per year. Investigators noted that these results were similar when adding the number of admissions to the model in the post hoc analysis. When including both index and recurrent events, investigators estimated that the average annual incidence between 2008 and 2017 was 357,900. &#8232;&#8232;

Investigators noted that the study’s findings should be interpreted with caution due to the fact that data was limited to that obtained from GWTG-R hospitals. &#8232;&#8232;

“Unfortunately, the data does not provide an explanation for the increase in adult in-hospital cardiac arrest, but it is likely due to many factors and may reflect an increase in actual events or in the reporting of cases over time,” Andersen said. &#8232;&#8232;

This study, titled “Annual Incidence of Adult and Pediatric In-Hospital Cardiac Arrest in the United States,” is published in Circulation: Cardiovascular Quality and Outcomes, an AHA journal.