Incarceration Devastating for Kids: How Big Bird Is Helping

When it comes to having a parent in jail, the kids are not alright. Psychiatrists discuss ways to help. 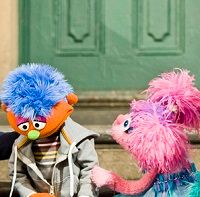 When even Sesame Street's Muppets start trying to help, it's clear something needs to be done.

The problem: there are an estimated five million children in the US who have a parent in jail. The situation can take a catastrophic toll on a child's development.

“Families impacted by criminal justice are some of the most vulnerable families in the country,” said Joyce Arditti, PhD, Professor of Human Development and Family Studies at Virginia Polytechnic. She presented her own qualitative research on the subject.

They noted that the situation is so pervasive that even Sesame Street is pitching in. (In photo at left, above, Muppet Alex, whose father is in jail,. is comforted by Muppet Amy. Credit: Gil Vaknin )

"We found there were very few materials out there for children of the incarcerated," said Jeanette Betancourt, EdD, Senior Vice President of US Social Impact at Sesame Workshop, a nonprofit education organization affiliated with Sesame Street in a recent interview following the meeting.

Many of these children "indicated no one had told them why their parent was gone, and the caregivers often thought it was better not to talk about it," she said.

That can result in feelings of "complete isolation," for these kids, Betancourt noted.

The videos are meant to help caregivers find the right words to help these children express their feelings. "When a parent is suddenly leaving it is an unfortunate but not unnatural feeling for a child to think 'did I do something wrong?'," she said.

Sesame Workshop, the television program’s non-profit educational offshoot includes incarceration along with autism, military deployment of a parent, and childhood obesity in their “Little Children Big Challenges” series of worksheets and videos.

There’s even an app for iPhone or Android.

No less an authority than Big Bird, offers advice for caregivers on making a child feel secure , tips such as “Begin the day by letting your little one know what to expect, who will take her to school, who will pick her up from school, and one activity she will do today.”

The source material, available for download, has straightforward and upbeat advice.

In online video interviews with Muppets, real kids tell stories about visiting mom or dad in jail.. The over-eight crowd may not know these Muppets’ names, but the message of bravery likely won’t be lost on anyone.

The Muppets break down the daunting subject of dealing with having a jailed parent into digestible chunks with answers to questions like “What is incarceration?” (In photo at right, Muppet Alex is comforted by character Rosita and Muppet Abby and Rosita. Credit: Gil Vaknin.)

The message for behavioral health experts is that it is important to let children know the parent’s imprisonment is not the child’s fault, and that they are safe and cared for. Children also need to learn how to respond to taunts about their parent, and to be reassured that just because a parent got in trouble and has “broken a grown-up rule” that doesn’t mean the child will go on to do that.

Are these counseling materials effective?

"During the rollout of the initiative in 2013 we took it to Riker's Island [the prison in New York City] and it was simply wonderful, simply amazing to experience that connection happening between everyone who participated," Betancourt said. That included parents in the jail's visitors' room, the children and their caregivers and even the prison staff, she said.

At the APA meeting, the presenters noted that although support and healthy development of the family unit are far from a priority when criminal justice policy is drafted 52% of prisoners in state institutions and 63% federal inmates are parents.

That trend is taking a toll, said Arditti, and author of Parental Incarceration and the Family Psychological and Social Effects of Imprisonment on Children, Parents, and Caregivers

Among the points that came out of the discussion:

Studies show the affected children’s psychological trauma as an ambiguous loss similar to grieving the untimely death of a parent yet made uniquely difficult because it is unresolved and associated with intense social stigma.

The parental incarceration at the root of the child’s anguish is itself a source of shame and remorse. Close family similarly affected may be reluctant to address these feeling, which can compound the burden that lands on children, who tend to blame themselves for their parent’s absence.

Incarceration often means financial disaster for households already struggling to make ends meet. Loss of income with or without legal fees can push a family into poverty and mounting debt can cause additional emotional stress. Family dynamics are upended particularly when the mother is the one imprisoned.

For children who maintain a relationship with the absent parent the prison visitors’ room becomes the venue for family interaction. That means that the incarcerated parent’s self-image changes and becomes “prisonized.” .

That can mean parents may withdraw from their children, overwhelmed by their own distress. Custodial parents and caregivers may not be prepared to take on their new responsibilities while at the same time the family is forced to adapt to communicating on the prison’s unfamiliar terms instead of their own.

While visiting the incarcerated parent is a source of connection it’s also fraught with intense emotion and often onerous for the visitor.

On-camera interviews in a short video shown at the meeting show mothers struggling to parent their way through this process .

The interviews were in a video “Bonding through Bars -giving voice to the silenced children of parental incarceration” one that came out of an International Research Roundtable, held at the Peter Wall Institute for Advanced Studies at the University of British Columbia in May, 2013.

In one scene a middle-aged woman on the verge of tears recounts the solution she chose—deciding to break off contact with her child.

“I didn’t see my son for three months, because I didn’t want him to come and see me under those circumstances; and he was in so much shock because he didn’t know where his mum had gone,” she says in the video.

But Arditti maintains positive outcomes are not out of reach.

She cites kids’ resilience, and notes there is a proven beneficial effect when a child has a positive relationship with the remaining primary caregiver.

Knowing what to be on the lookout for and taking advantage of the right screening tools--shown in a program of Trauma Informed Care --can mediate the degree to which children are affected, Arditti says. 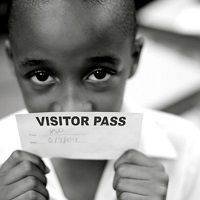 She encourages activities such as mentorship, saying they can bring families out of the isolation created by their fears of social rejection.

She advocates that providers aim for “strength-based interventions” that avoid placing blame.

You can get through this, counselors should tell their clients.

Or, in the words of the Muppets, “If your loved one is incarcerated, the many changes may feel overwhelming. But you are strong. Know that you are already helping your family feel cared for and secure.”