Increased access to high-quality primary care is connected to a decreased risk of death, researchers at the University of California, Davis, have found.

Increased access to high-quality primary care is connected to a decreased risk of death, researchers at the University of California, Davis, have found. The study is the first to connect reduced mortality to specific elements of primary care, such as longer office hours and patient-centeredness.

Anthony Jerant, MD, professor of family and community medicine at UC Davis, and his colleagues analyzed data on 52,241 individuals aged 18 to 90 included in the 2000 through 2005 Medical Expenditure Panel Surveys, which collected information on the health level and medical care of individuals living in the US. All of those included in the current study visited one specific doctor's office or clinic for health information and treatment.

The researchers focused on three aspects of the respondents’ experience with their primary care provider: how comprehensive the care they received was; whether extended office hours were available to them; and how well their primary care physician listened to them and asked their opinion on treatments.

After adjusting for age, health, tobacco use, and weight, the researchers found that the mortality rate of patients who reported greater levels of these three primary-care attributes was reduced by 21% through six years of follow-up.

The researchers also determined that racial and ethnic minorities, poorer and less educated individuals, and those lacking health insurance had significantly lower levels of the primary-care attributes than others.

“Our findings advance the primary care evidence base and suggest that ongoing health care and primary care practice redesign efforts in the United States may have the potential to reduce preventable deaths,” the authors write in the study.

The study was published in the January/February issue of the Annals of Family Medicine. 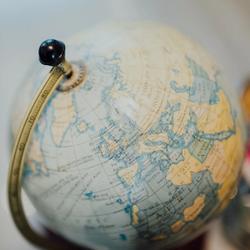