A trial of choline supplements in children with cystic fibrosis and pancreatic insufficiency found that supplements alter some amino acid concentrations but do not change methionine or homocysteine status. 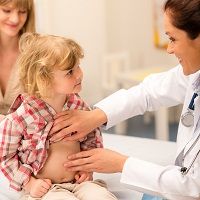 A trial of choline supplements in children with cystic fibrosis and pancreatic insufficiency found that supplements alter some amino acid concentrations but do not change methionine or homocysteine status.

Researchers randomized 110 children aged 5 to 18 years to receive a choline-enriched structured lipid called LYM-X-SORB (LXS) and a placebo with similar amounts fat and total calories. They then measured amino acid levels at baseline, 3 months and 12 months.

Most of the children began the study with protein-rich diets and normal amino acid profiles, but alanine was elevated in 24% of all patients and cysteine was elevated in 36% of all subjects. Low levels of homocysteine, moreover, were found in 62% of all children 11 years and older.

“Daily choline supplementation with LXS did not alter methionine-homocysteine metabolism but did result in alterations in other amino acids in children with cystic fibrosis and pancreatic insufficiency,” the investigators wrote in Nutrition Research. “Compared to placebo, choline supplementation resulted in increased glycine and decreased threonine, histidine, valine and total branch chained amino acids at 12 months.”

The new data is not the first to be published from this particular trial of choline supplementation. A paper that appeared last year in the Journal of Pediatric Gastroenterology and Nutrition assessed the 12-month impact of LXS on a number of other factors, starting with choline levels in the body.

Data from a separate trial that appeared last year in the Journal of Pediatric Gastroenterology and Nutrition indicated that choline supplements can increase concentrations of some vitamins in a similar patient population.

“Vitamin A and K status improved, while vitamin D and E status was unchanged over 12 months of LXS and iso-caloric placebo comparison supplement in children with cystic fibrosis and pancreatic insufficiency,” the authors of that study wrote.

Choline depletion is common in cystic fibrosis patients with exocrine pancreatic insufficiency — even those who take enzymes to aid digestion &mdash; and often results in abnormalities of both the liver and the muscle as well as abnormal levels of fatty acids.

Previous research indicates that children with cystic fibrosis suffer choline deficiency, at least in part, because they excrete significantly more phosphatidylcholine and lysophosphatidylcholine than healthy subjects. A 2005 study that appeared in The American Journal of Clinical Nutrition, for example, analyzed 5-day food records and fecal samples from 18 children with cystic fibrosis and 8 healthy children.