Is the Root of Chronic Pain a Potential New Drug Target?

Researchers reported that reawakened astrocytes appear to be a key trigger for S1 cortex (the remote region of the brain that is not directly affected by spinal cord injury) circuit rewiring and may contribute to sustained neuropathic mechanical allodynia. 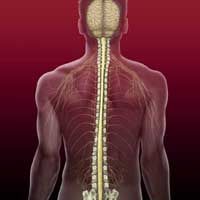 An international team of researchers centered at the National Institute for Physiological Sciences (NIPS) reported that reawakened astrocytes appear to be a key trigger for S1 cortex (the remote region of the brain that is not directly affected by spinal cord injury) circuit rewiring and may contribute to sustained neuropathic mechanical allodynia. The investigators reported their findings in the May 2, 2016 issue of The Journal of Clinical Investigation.

Current treatments for allodynia—pain that is greatly amplified by minor sensations, including light, touch, and warmth&mdash;are limited. Whereas the spinal cord and glial cells, with their ability to provide support and insulation between neurons and abundance in the central nervous system, have been hypothesized to play a crucial role in allodynia, the underlying cellular mechanisms of their involvement had yet to be determined prior to the current study. Indeed, glial activation and altered nociceptive transmission within the spinal cord are associated with the pathogenesis of mechanical allodynia. Also, changes in cortical circuits also accompany peripheral nerve injury and may represent.

And although dendritic spine plasticity in the S1 cortex appears within days of nerve injury, the underlying cellular mechanisms of this plasticity, and whether it has a causal relationship with allodynia, remained unresolved until now. What’s more, it had yet to be determined if glial activation occurs within the S1 cortex after injury or if it contributes to S1 synaptic plasticity.

In a news release that accompanied publication of the study results, lead author Sun Kwang Kim, MD, an assistant professor in the Department of Physiology of the College of Korean Medicine at Kyung Hee University in Seoul South Korea, said, “Direct manipulation of the S1 cortex has been shown to relieve neuropathic pain in humans and animals. This suggests the S1 cortex might act as a sort of central processing unit within the brain networks that mediate and/or sustain chronic neuropathic pain.”

For the study, Kim and colleagues conducted a series of experiments in mice with a leg nerve injury. The team then applied filaments to the bottom of a back paw and measures the response to each application. They simultaneously used calcium ion imaging to track the corresponding activities of astrocytes in the S1 cortex.

The researchers found that specific signaling pathways were activated only during the first week after injury and correlated with spine turnover. They also discovered that blocking these pathways suppressed mechanical allodynia, whereas activating them appeared to cause long-lasting allodynia, even in the absence of peripheral injury.

“We have shown that sciatic nerve ligation induces a re-emergence of immature metabotropic glutamate receptor 5 (mGluR5) signaling in S1 astroglia, which elicits spontaneous somatic Ca2+ transients, synaptogenic thrombospondin 1 (TSP-1) release, and synapse formation,” Kim and colleagues wrote. “This S1 astrocyte reactivation was evident only during the first week after injury and correlated with the temporal changes in S1 extracellular glutamate levels and dendritic spine turnover. Blocking the astrocytic mGluR5-signaling pathway suppressed mechanical allodynia, while activating this pathway in the absence of any peripheral injury induced long-lasting (>1 month) allodynia.”

The study findings indicate that reawakened astrocytes appear to be a key trigger for S1 circuit rewiring and that this reawakening contributes to neuropathic mechanical allodynia.

“By revealing some of the underlying mechanisms, our study suggests that cortical changes may move beyond their utility as just diagnostic tools and serve as potential targets for therapeutics,” said corresponding author Junichi Nabekura, MD, a professor in the Division of Homeostatic Development for the National Institute for Physiological Sciences in Okazaki, Japan. “Appreciation of these astrocyte-mediated changes in cortical synaptic connections requires a paradigm shift in our understanding of neuropathic pain pathophysiology; one that may result in novel therapeutic strategies for treating the debilitating effects of allodynia.”