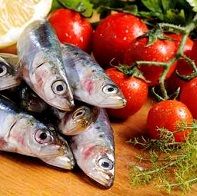 A recent review of the role of Mediterranean diet in relation to the risk of stroke found that the traditional Mediterranean way of eating, including societal and cultural factors, is a cost-effective intervention to lower the risk of stroke and other vascular conditions. The review was conducted by Antonio Di Carlo of the Institute of Neuroscience, Italian National Research Council in Florence, Italy, and colleagues, and was published in Volume 8 of the Agriculture and Agricultural Science Procedia.

The authors described their approach, saying, “We will review main evidences on the links between nutrition and cerebrovascular disease, focusing on fruit and vegetables, and olive oil, considered in light of their role as components of the Mediterranean diet.” They looked first at how fruit and vegetable consumption affect the risk of stroke, and found studies conducted around the world, all of which concluded that the consumption of more fruits and vegetables reduced the risk of stroke. The reduction varied depending on the study, but taken together, they appear to demonstrate that fruits and vegetables lower stroke risk.

When the authors considered the Mediterranean diet as a dietary pattern, they described it as being “characterized by olive oil as the principal source of fat, a high intake of fruit, nuts, vegetables, legumes and cereals; a moderate intake of fish and poultry; a low intake of dairy products, red meat, processed meats, and sweets; and wine consumed in low to moderate amounts, usually with meals.” They looked at multiple studies which evaluated that dietary pattern and the risk of stroke, finding that people who adhere to the Mediterranean diet have less risk.

The reviewers end by pointing out that “the potential role of some components [of the Mediterranean diet] is still not completely understood,” mentioning olive oil and alcohol consumption in particular. They also suggest that the traditional Mediterranean diet involves a set of skills and traditions as well as consumption of particular foods, saying “Eating together is the foundation of the cultural identity and continuity of communities through the Mediterranean basin.”