Faricimab treatment for both DME and nAMD was able to reliably get to 16 week dosing in 60% of eyes from YOSEMITE and RHINE and TENAYA and LUCERNE.

Two-year data on the comparison between faricimab and aflibercept for diabetic macular edema (DME) and neovascular age-related macular degeneration (nAMD) were presented at the 2022 American Academy of Ophthalmology Meeting in Chicago.

The data were obtained from YOSEMITE and RHINE for patients with DME and TENAYA and LUCERNE for nAMD.

Presenting author Jennifer Lim, MD, Director of the Retina Service, Marion H Schenk Esq Chair in Ophthalmology, UI Health, sat down with HCPLive to provide context and insight into the important data on the efficacy, durability, and safety of the agent.

The study investigators aimed to determine if there was evidence of extended durability, particuarly in year two when personalized treatment interval (PTI) dosing regimens were used to AMD and continued from year one for DME.

According to Lim, the PTI dosing arm with dosing up to Q16 weeks in DME, investigators were able to maintain visual acuity gains and preserve reduction in central subfield thickness (CST), which were slightly better in faricimab arms. A median of 3 faricimab injections were used in the PTI arm, compared with 5 aflibercept injections in year two.

"It was really interesting to me, because we are able to get extended dosing up to almost 80%," Lim said. "That's Q12 weeks or longer, as opposed to 50% at the end of year one and specifically for Q16 week dosing. This reached approximately 60% of eyes compared to 50% in year one."

For patients with nAMD, after 60 weeks, a personalized treatment algorithm was instituted for the faricimab arm and specifically in the PTI arm. Patients could be extended up to Q16 weeks, or could be treated at Q8 wek intervals, depending on CST, best-corrected visual acuity (BCVA), and macular hemorrhage.

"What we found was that despite the PTI dosing algorithm that is fewer injections being given, we were still able to maintain the visual acuity gains, we had comparable reductions in CST with faricimab as compared to aflibercept Q8," Lim said.

Data show the percentage of eyes that could be dosed on extended dosing remained at about 78% of eyes for year one and year two. Lim noted there was an observed shift that almost 62% of patients were able to achieve Q16W dosing at year two compared with 45% achieving it at year one.

"Really we did seek evidence of extended durability in both neovascular AMD as well as DME achieved with fewer doses of faricimab particularly in the PTI dosing arms," Lim said.

Lim additionally discussed the treatment burden for both DME and nAMD patients, noting that the reliable durability makes it a gamechanger for both patients and clinicians.

When questioned about the idea of faricimab being the gold standard treatment for DME and nAMD, Lim noted that the drug may be the first choice due to its high durability.

"I think now that would be the gold standard, because if we have a drug they can achieve Q 16 week dosing, why would we choose a drug that doesn't achieve that right," Lim said. "Because it has the durability." 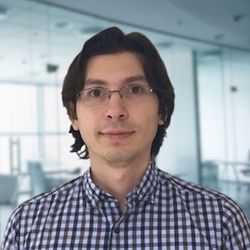