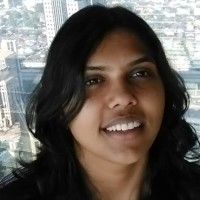 A Sleep Number study utilized smart bed technology to evaluate sleep parameters in children. Previous studies of the pediatric population are limited and those that have assessed sex differences in sleep parameters have yielded mixed results.

Vidhya Chellamuthu, M Tech, Sleep Number Labs, and investigators performed an ecologically-valid study in order to characterize overnight sleep parameters by age and sex. Data were collected from the large sample population for over 2 years.

The application of adaptive threshold to motion levels detected events of restless sleep and then attributed to the rest of the endpoint data gathered from the Sleep IQ technology featured in the smart bed platform. Investigators noted that this investigation period included the COVID-19 pandemic, school days, holidays, and weekends.

The differences were compared between age groups and sex groups based on the weekly mean of each endpoint. The team determined comparisons between groups using Cohen's d effect size (d) and 1-way ANOVA or 2-sample t test, with α=0.05.

A significant difference between age groups was revealed in the analyses for each sleep endpoint with the most meaningful demonstrations occurring in sleep duration, bedtime, and restful sleep duration.

However, bedtime and wake time shifted later with age regardless of sex.

The study, "Age and sex differences in overnight sleep parameters in children and adolescents" was included in data from the International Pediatric Sleep Association (IPSA) Congress 2022.