Oral CAIS had a slightly higher, but small risk of severe adverse reaction compared to topical CAIS, which may help the reluctance to prescribe. 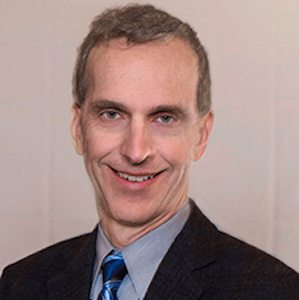 New research found the risk of serious adverse reaction following prescription of an oral or topical carbonic anhydrase inhibitor (CAI) was low and similar between agents, in contrast to a known reluctance in CAI prescriptions due to the potential risk of life-threatening complications.

Led by Donald A. Redelmeier, MD, Sunnybrook Health Sciences Centre, the team examined the safety of CAIs in a universal health care system in Canada by comparing adverse event rates of patients prescribed an oral CAI with matched controls in those prescribed a topical CAID.

“In comparison with topical CAIs, there was a modest difference in the risk of a SCAR event and no increased risk of a general adverse drug reaction,” wrote investigators.

A matched longitudinal cohort study identified consecutive patients older than 65 years old who were prescribed an oral or topical CAI in Ontario between January 1995 - January 2020. Exclusions included a lack of valid health care insurance or younger than 66 years.

Oral CAI were defined as either acetazolamide or methazolamide, while a topical CAI was defined as dorzolamide, brinzolamide, or a combination agent. Included baseline demographic data were age, sex, socioeconomic status, and home location, while data on race or ethnicity were not available.

Investigators defined time zero as the date of the first prescription for an oral or topical CAI. The analysis examined the risk of SCAR events in the 120 days following initial treatment using conditional logistic regression.

They noted differences between groups because of the proportion of patients with glaucoma, repeated visual field tests, recent eye surgery, and hospital admissions. Data show the mean age of 75 years, 71,958 (55.8%) were women, and 25,058 (19.4%) had a diagnosis of diabetes.

Additionally, the risk of a SCAR event was consistent regardless of age, sex, and socioeconomic status, while living in a rural location and patients diagnosed with diabetes was associated with marginally lower risk in multivariable analysis.

Redelmeier and colleagues noted oral CAIs should not be initiated casually, so informed consent discussions should be held with patients initiating the agents.

“At the same time, this population-level analysis supports reconsidering the reluctance toward prescribing oral CAIs, given the low risk of severe adverse events,” investigators concluded.