The burdensome disorder is highly prevalent in women. What treatment options are currently available?

Maria Sophocles, MD, has seen a lot of change in endometriosis care in 30 years. The medical director of Women’s Healthcare of Princeton told MD Magazine® in a recent interview that invasive endometriosis care has evolved from debilitating, painful procedure in the 1990s to same-day treatment that leaves minimal scarring or taxing on a patients’ body.

What’s more, the field has seen a boom of gonadotropin-releasing hormone (GnRH) agonist therapies—both injection and oral—reach the market, with more on the way.

MD Mag: What is the burden of uterine fibroids on female patients? What is the standard of care?

Sophocles: The burden of uterine fibroids on women is large. It's large because we knew that 80% of women during their lifetime will have fibroids. Most women will not be symptomatic from fibroids. Fibroids are an essentially benign condition, and if you have asymptomatic fibroids, we don't need to treat them ever. However, if you're among the population that suffers from fibroids, the fibroids really affect you in terms of heavy menstrual flow, pelvic pain. This can affect bladder function, incontinence, days lost at work, anemia, the need for hospitalization, transfusions, a whole slew of problems that is really treatable.

So the good news is fibroids are more easy for us to diagnose now, ultrasound is commonplace—it's a test covered by insurance and it lacks radiation. Pelvic ultrasounds are the easiest way for clinicians to diagnose fibroids. We can diagnose whether fibroids are intramural, subserosal, or submucosal. The submucosal fibroids are often the most obviously associated bleeding and less with pain. They're easily removed now, they can be removed surgically without any external incisions. Tiny devices—they look like pens—can be inserted into the uterus, and the fibroids can be basically resected and suctioned out. The patient is home an hour later, and this can be done either in an office setting or surgery center.

For larger fibroids, these often require laparoscopic surgery. But again, surgery has advanced in the last 20 years so dramatically that we now can do not only a removal of fibroids, but the removal of the entire uterus and the fibroids as a same-day procedure. My partner and I routinely do these procedures, and patients are home, eating dinner in their home that night. When I started my training in the 1990s, these surgeries involved open incisions with multiple weeks for recovery and lost work. Recovery is faster, easier, and with less pain.

Surgery is still the mainstay of treating symptomatic fibroids. However, there's a lot of excitement on the horizon in terms of medical therapy to shrink fibroids. But, with shrinking fibroids you're either going to reduce menstrual blood flow or you'll reduce abnormal blood flow from the uterus, and you're going to help with pain.

So, we've had for a number of years GnRH agonists, as injections or nasal sprays. These temporarily shrink fibroids. But recently, on the market is a GnRH antagonist as a once-a-day pill. This has been an exciting new development in the management of fibroids. Oral therapies are always preferred, and seem to have less side effects than the injections. 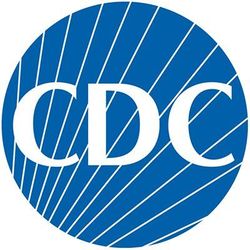 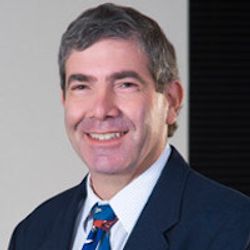