By identifying epitopes that are common to all types of the flu, researchers believe they may have created a pathway to a universal flu vaccine. 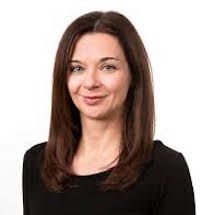 The influenza (flu) vaccine is famous for its limits: patients need to be revaccinated annually, and a significant number of people who get vaccinated end up coming down with the flu anyway.

The investigators had previously found that CD8+ T cell response was in many cases the difference between life and death among patients infected by the H7N9 avian flu in China back in 2013. Those with strong CD8+ T cell responses tended to recover relatively quickly; those with low levels of the cells often died.

In an effort to better understand the scope of the cells’ flu-fighting power, investigators decided to use mass spectrometry to identify epitopes that were common among all three types of flu.

“We hypothesized that there will be common epitopes across different viruses as cross-reactive T cells recognize parts of the virus needed for the viral function and replication,” Katherine Kedzierska, PhD, a professor in the Department of Microbiology and Immunology at the University of Melbourne, told MD Magazine®. “These parts of the virus are very conserved, which cannot change.”

By locating those common epitopes, the team hypothesized, they might be able to develop a vaccine that could combat all different types of the flu. They analyzed 67,000 viral sequences in search of common epitopes, and found 3.

“We originally undertook an extensive bioinformatics study to identify highly conserved regions of the flu strains and focused our initial efforts on these regions,” Anthony W. Purcell, PhD, a professor at Monash University’s Biomedicine Discovery Institute, told MD Mag. “Using mass spectrometry we then dissected out the precise sequences presented by the relevant HLA allotypes.”

He said the fact that they were able to locate 3 epitopes was a vindication of the extensive approach.

Having identified the common epitopes, the team then sought to figure out whether targeting the common epitopes could effectively stop influenza infection. The investigators then used a peptide-based vaccination method in mouse models and found that the approach provided wide-ranging protection against all 3 types of the flu.

While the vaccination strategy provided apparently universal protection, the problem is that CD8+ T cells aren’t universal. For instance, some groups—including indigenous Australians and indigenous Alaskans&mdash;have particularly high morbidity and mortality rates from the flu. In order for a universal vaccine to work in these populations, investigators would need to find a way to stimulate more potent T cell responses.

Kedzeirska is currently researching those populations to better understand the difference in outcomes. In the meantime, Purcell said if their vaccination approach pans out, it could become a game-changer in influenza prevention.

“Our approach identifies proteins in the virus that are rarely variable (because changing them will affect the viruses capacity to infect and replicate in host cells) and thus provide cross-strain protection,” he said. “A one-time vaccine will increase population based immunity and hopefully prevent spread of the virus.”

The study, “Human CD8+ T cell cross-reactivity across influenza A, B and C viruses.” was published online in Nature Immunology.