President Obama's gun control executive orders were seen by many in the medical field as positive but inadequate. However, the news also exposed the mixed feelings physicians have about issues of gun control and gun safety. 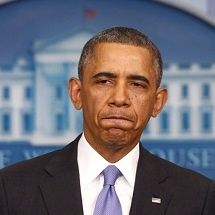 Editor's Note: MD Magazine is conducting a survey to gauge physician sentiments on the issues of gun violence and control. Click here to take the survey

As President Barack Obama gives his final State of the Union Address, he's expected to bring up what has become one of his biggest frustations after seven years in office: A lack of legislative progress on gun control.

This won't be the first time Obama has used his annual address to call for tighter gun control. It was also a major theme of his 2013 State of the Union speech, which came in the wake of the Sandy Hook Elementary shootings in Connecticut. The speech failed to move Congress, which rejected Obama's call for increased background checks. And while Obama hopes for stronger support this year, he's not waiting for Congress.

The emotional speech made headlines, but also drew criticism. The response from organized medicine has been muted.

The American Academy of Pediatrics last week said it welcomes President Barack Obama’s executive actions on gun control, but added the moves are “not enough to end our nation’s gun violence epidemic.”

“Pediatricians urge our elected leaders — along with those running for office this year – to prevent gun violence by supporting meaningful and comprehensive public policies that keep children safe," Dreyer said.

Obama said he would broaden background check requirements governing the sale of guns, increase federal staff to facilitate the processing of background checks, boost federal funding for mental health, and fund new research into so-called smart guns, which are designed with identity authentication capabilities so only a designated owner can actually fire the gun.

In a Jan. 7 op-ed for The New York Times, Obama acknowledged the limitations of his actions.

"These actions won't prevent every act of violence, or save every life

but if even one life is spared, they will be worth the effort," he wrote.

The moves were condemned by top Republicans, including the field of presidential hopefuls, who largely see the president's use of executive actions as executive overreach.

In issuing a statement, the AAP was something of an outlier among medical associations, a fact that highlights the complicated and conflicted views of many in the medical and public health fields.

The American Medical Association’s House of Delegates last year voted to oppose state measures, including one in Florida, that prohibit doctors from asking patients if they own a gun or follow common gun safety measures.

While that measure passed easily, the AMA’s discussion of whether the organization should develop or distribute clinic-appropriate gun safety literature prompted a lengthy discussion, exposing the wide range of views among the delegates, many of whom said they own firearms.

Meanwhile, the US Centers for Disease Control and Prevention faces limits on its ability to research the causes of gun violence, despite the fact that guns kill tens of thousands of Americans each year. And the agency’s leadership has been notably silent on gun violence in recent years.

The new research funding Obama announced Jan 5. deals with mental health and smart gun technology. However, the latter would be channeled through the departments of Defense, Justice and Homeland Security, rather than government public health agencies.

Among the physicians with the most power to directly impact the debate — the 18 physician members of the US Congress – most are Republicans and most expressed opposition to Obama.

Indeed, Sen. John Barrasso, R-WY, an orthopedic surgeon and one of three physicians currently serving in the Senate, was one of many Republicans who vocally opposed Obama’s actions.

“We all agree that we must find ways to control violent crime and keep guns out of the hands of criminals,” Barrasso said. “This can be done by enforcing the laws already in place.”

Barrasso also stressed the importance of strengthening mental health care, something the AMA has vocally supported.

For his part, Obama appears ready to go on the offensive against lawmakers who stand in the way of gun control measures. In his op-ed, he announced that he would no longer campaign or vote for any candidate 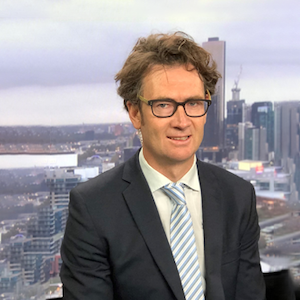