Medicare Will Continue to Cover Avastin

Medicare announced today that it will still continue to cover the drug for breast cancer, despite the ruling of United States health regulators.

The Food and Drug Administration (FDA) ruled yesterday that the cancer drug Avastin was an ineffective treatment for breast cancer, but Medicare announced today that it will still continue to cover the drug for breast cancer, despite the ruling of United States health regulators.

"The FDA decision, when it comes, does not affect CMS," said Don McLeod, a spokesman for the Centers for Medicare and Medicaid (CMS). "The drug will still be on the market, doctors will still be prescribing it, and we will continue to pay for it.”

Avastin, made by Roche, was unanimously rejected for breast cancer on Wednesday by an FDA panel, due to the reasoning that the drug was unsafe and clinically unbeneficial for treating breast cancer.

Patients who said Avastin saved their lives testified during the two-day hearing that they worried about losing insurance coverage if the FDA rejected the drug.

The final decision regarding Avastin’s acceptability as a breast cancer treatment will be made by FDA Commissioner Margaret Hamburg.

A previous article was written yesterday which delves further into Avastin and the FDA’s ruling. 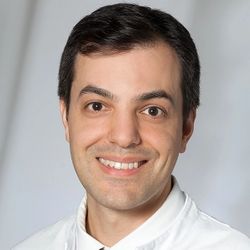