Study shows a connection between a man's high body mass index and a reduced risk of developing rheumatoid arthritis while no similar connection could be found for women. 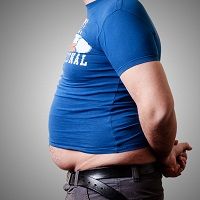 A high body mass index (BMI) is linked to reduced risk of rheumatoid arthritis (RA) for men, but not for women, according to findings published in Rheumatology.

Researchers from Sweden observed two large population based health surveys including more than 60,000 patients in order to investigate the impact of being overweight and obese on the risk of RA.

The patients included in the cohort were individuals who developed RA matched with controls from corresponding health survey databases. The researchers compared the impact of obesity (defined as a BMI > 25 mg/ m2) with normal BMI (defined as between 18.5 to 25 kg/ m2).

The researchers found 383 men and women that were diagnosed with RA after being included in their respective health surveys. On average, the time between inclusion in the health survey and RA diagnosis was between 5 and 12 years.

For males, being overweight or obese at inclusion in the health survey was associated with a decreased risk of subsequent RA diagnosis in both health survey cohorts of between 40 and 63%.

However, there was no such link for women, even after the researchers adjusted for various factors, including smoking. The researchers believe that this could be due to the abdominal obesity or visceral fat differences between men and women and added that they could be a protective factor against RA development.

“To our knowledge, this is the first nested case control study to investigate this issue in men,” said Carl Turesson, lead author of the paper. “The effect of obesity on the risk of RA did not appear to be substantially different from that of overweight. However, a differential effect of very high BMI cannot be ruled out.”

Previously, the researchers described a connection between high BMI and hormones, they added. The metabolic pathways related to the adipose tissue and hormone related factors could also have had a protective effect against RA, they said.