Women who get frequent migraines are likely to see these headaches increase as hormones fluctuate during the perimenopausal period. 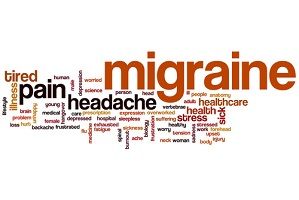 Women who get frequent migraines are likely to get more of them when they enter perimenopause, researchers report in Headache: The Journal of Head and Face Pain. Fluctuating hormone levels are likely to blame and genetic factors could also be at work.

“Women have been telling doctors that their migraine headaches worsen around menopause and now we have proof they were right,” said lead author Vincent Martin, MD., professor of internal medicine in the University of Cincinnati's Division of General Internal Medicine and co-director of the Headache and Facial Pain Program at the UC Neuroscience Institute in Cincinnati, OH.

But contrary to findings in other studies, the study found that women who have high-frequency headaches were not likely to see the frequency decline after menopause.

The team based its findings on a study 3,664 women. Their mean age was 46 years. Among women who were premenopausal, 8% were a high frequency headache group but in those who were perimenopausal 12.2% had a high frequency of headaches, as did 12.0% of post-menopausal women in the study.

The researchers looked at data from the 2006 American Migraine Prevalence and Prevention study, a survey that included detailed questions of menstrual cycles.

The team said their study is the first to look at migraine in menopausal transition.

High frequency was defined as at least 10 headache days per month.

Body mass index and smoking status did not appear to have an effect on headache frequency.

“Our results identify the perimenopause as a time period of increased vulnerability to headache attacks in women with migraine,” they said. That risk increased 1.6 fold in models adjusted for sociodemographics alone and 1.4 fold in fully adjusted models, they noted.

In late perimenopause the risk increased by 1.7 fold.

Though early studies have found that migraine headaches tend to lessen in frequency after menopause, the authors said their work focused on high-frequency headaches, not simply the number of headaches.

They also found a higher risk of overuse of medication in the menopausal group, one they said could be happening because these women were taking more analgesics for other age-related conditions, such as osteoarthritis.

Though the exact mechanism that triggers these bad headaches is not clear, “Changes in female hormones such as estrogen and progesterone that occur during the perimenopause might trigger increased headaches during this time,” saidLipton. He is the director, Montefiore Headache Center and professor and vice chair of neurology, and the Edwin S. Lowe Chair in Neurology, Albert Einstein College of Medicine.

“If the patient is in early perimenopause, you can give birth control pills that level things out,” she said, “If they are in the late perimenopause and they start skipping periods, they can be put on estrogen patches.”

Study limitations included the likelihood that women in the study included all headaches, including tension headaches in their reports of headache frequency. The women did not use daily headache diaries, another potential study limitation.