Loss of the sense of taste in patients with multiple sclerosis is more common than thought. 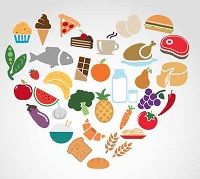 Loss of the sense of taste in patients with multiple sclerosis is more common than thought.

Investigators at the University of Pennsylvania Smell and Taste Center and the Department of Radiology found that multiple sclerosis sufferers often lose their ability to taste..

Richard Doty, PhD, director of UPenn’s Smell and Taste Center, and a team of researchers conducted taste tests for 73 MS patients alongside 73 controls.

Their study is in the Journal of Neurology.

Using MRI studies they showed a parallel between the severity of taste deficit and the number and volume of lesions detected in a test subject’s brain. The MRIs captured a greater concentration of sclerosis-- the characteristic scar tissue that gives the disease its name--in those subjects with more pronounced taste deficits.

The number and volume of lesions were assessed using quantitative MRI in 52 brain regions of 63 of the MS patients. Taste identification scores were significantly lower in the MS patients for sucrose (

= 0.0004) and were present in both anterior and posterior tongue regions.

In previous studies, often based on self-reported data or smaller samples, percentage of affected patients was judged about half as high.

While coping with waning ability to enjoy the taste of familiar foods is a common topic in the MS community, medical literature has so far relegated it to “rare symptom” status.

Malnutrition, unfortunately, is a more recognizable side effect.

According to Doty, the finding that MS lesions interfere with taste is an important connection, because “Patients may not be eating because food does not taste good to them”. He added, "These findings give us a better insight about the areas of the brain that are more likely to impact the dysfunction when scarred from the disease," Doty said.