A Bad Report? The Problem With Physician Report Cards and a Proposed Solution

It is unfortunate that there is a serious problem inherent in physician report cards, because report cards have rapidly become an extremely popular tool for improving the quality of American healthcare.

It is unfortunate that there is a serious problem inherent in physician report cards, because report cards have rapidly become an extremely popular tool for improving the quality of American healthcare. Report cards, it is said, allow patients to choose high-quality doctors, stimulate physicians to improve the quality of their work, improve accountability, and enhance public trust in the healthcare system. How could such a thing be a problem?

Some doctors grumble about a lack of fairness or transparency with some report cards, but it is easy to write these malcontents off as being selfserving and likely fearful that they themselves might be revealed as substandard practitioners. (Complaining about report cards thus conveniently becomes its own form of report card.) While purveyors of physician report cards admit that their tools may not be entirely perfect, they argue (to largely sympathetic ears) that the obvious benefi ts to society clearly outweigh any minor imperfections.

So it is indeed unfortunate that there’s a problem with report cards, and that it’s a big one. To fully grasp the nature of this problem, we first must characterize the healthcare environment that has given birth to physician report cards. In the American healthcare system, the prime directive has become—in place of delivering quality medical care&mdash;covert rationing. This is because healthcare rationing (ie, withholding at least some useful medical care from at least some patients who would benefit from it) is an unavoidable economic imperative; but at the same time, we’re Americans, and Americans don’t ration. So, because any other options are inconceivable, we’ve deputized the government and the insurance companies to do the rationing covertly.

Under covert rationing, the rationing decisions are made not according to what is equitable, effi cient, or eff ective, but instead, according to whatever you can get away with. So head-fakes, deceptions, obfuscation, complexity, and opacity go with the territory. Also just like the white-collar opiate addict whose need for continued access to drugs requires him to function in polite society, our government and insurance companies soothe us with constant talk about maximizing healthcare quality, all the while consumed to their very bones by the burning need to twist every problem, every opportunity, and every solution into another cost-cutting “fix,” and to that end employing every ruse, sham, and misrepresentation at their disposal. Also just like the addict, their all-consuming obsession is quite visible beneath their cultivated veneer of civility and reasonability, for anyone who cares to look for it.

It is axiomatic that any new “quality tool” arising from such a toxic environment will tend either to become tacitly distorted into a rationing measure, or to simply disappear. From this simple fact we can quickly grasp the problem with physician report cards, which have decidedly not disappeared.

Report cards get a failing grade

It does not take much digging to discover the cost-reducing potential of physician report cards. For many years, the states of New York and Pennsylvania have published report cards that list cardiologists and cardiac surgeons by name, along with their procedure-related mortality fi gures. Predictably, these report cards have changed physicians’ behavior, and equally predictably, much of that change in behavior has been toward “risk avoidance.”

The Cleveland Clinic reported that after New York published its fi rst coronary artery bypass grafting (CABG) report card, the number of high-risk CABG patients transferred outside of New York increased by 31%. In Pennsylvania, 59% of cardiologists reported difficulty in finding surgeons to perform CABG on high-risk patients after report cards were made public. Of course, when post-operative CABG mortality predictably decreased in New York in the years after the report cards were issued (predictable since fewer high-risk patients were being offered CABG), this result was widely celebrated as a quality-improvement success story.

Recently, cardiologists in New York were found to be less willing than cardiologists in other states to off er angioplasty and stenting to patients with severe myocardial infarctions, and the mortality of these patients was nearly 50% higher than in similar patients treated in other states. In contrast to these “outcome measure” report cards, “performance measure” report cards attempt to assess physician quality by tabulating how well they follow certain prescribed therapeutic guidelines, such as their success in treating their patients to target blood pressure levels, or to target hemoglobin A1C levels. The beauty of grading doctors on performance measures like these is that the quality of the physician is only one factor in achieving success, and most often it’s not the major factor. Patients’ motivation to achieve good health, their living environments, their educational levels, their emotional stability, their socioeconomic status, and their general level of compliance with medical advice all play a huge role in determining whether performance targets are achieved. As a result, the physician’s best riskavoidance option is simply to refuse, whenever possible, to take on patients who seem unlikely (for whatever reason) to fully participate in trying to reach performance goals. To payers, avoiding patients like this is an unmitigated win. In the old days, their draconian cherry-picking endeavors were aimed at achieving this same goal; now, thanks to report cards, their doctors are anxious to do it for them.

Finally, we recently have seen insurance companies devising their own proprietary report cards, in which most of the ostensible “quality” measures strongly resemble cost-control measures, and then attempting to steer patients to the “higher quality” doctors. For physicians, the obvious risk-avoidance strategy here would be to withhold the more expensive medical options from their patients, while trying not to dwell too much on the clinical or ethical ramifi cations. Clearly, then, there are considerable advantages to physician report cards in a healthcare system based on covert rationing. To summarize, these include:

The bottom line is that in support of our dysfunctional healthcare system, physician report cards serve too many useful purposes to be easily gotten rid of—or even substantially reformed. That, in a nutshell, is the problem.

Give me your keys, buddy

Not wishing to end on such a pessimistic note, I would like to propose a partial solution to this problem. I call it the Designated Driver. Imagine the distinguished chief of cardiac surgery approaching a promising 34-year-old cardiac surgery resident, who is finally at the end of his long course of training and at last is ready to enter practice, and saying, “Son, you are going to have a brief but spectacular career. You are going to be our Designated Driver.” For an extraordinary annual salary and immediate vesting in a generous retirement plan, this young man is going to have the honor of being the one who gets all the high-risk cases for the group. He will agree to do this as long as it is feasible—that is, as long as he’s not run out of town because his report card is so abysmally bad. Given the ineffi ciencies in collecting and processing data for public report cards (a process controlled by tangled bureaucracies of one fl avor or another), this is likely to take at least five years, and in many cases it may take 10. With luck and with a suffi cient number of more “routine” cases tossed his way by his sympathetic colleagues (to help him buffer his report card statistics), he may be able to survive 12 or even 15 years. But in any case, by the time he is in his early 40s, he’ll be able to retire quite comfortably whenever he’s run out his string.

The Designated Driver scheme is a win—win for nearly everybody. Very sick patients can get the life-prolonging procedures they need (and the ethics of medicine can be shored up for a bit). Your typical cardiac surgeon can enjoy his or her long, relatively risk-free career. And your young, aggressive surgeons will be presented with a glorious challenge not unlike those experienced by the gladiators of antiquity (save that when it’s fi nally time to face the old “thumbs down,” they will be spirited to a much more agreeable retirement). This solution, as brilliant as it is, will attract critics since it undermines the principles of covert rationing. Those critics will eventually demand laws, regulations, and guidelines to turn the Designated Driver into yet another manifestation of the federal crime of healthcare fraud, punishable by the usual massive fines and jail time. When that time comes, we’ll have to think of something else. But for now, given the alternatives, I enthusiastically recommend the Designated Driver gambit, at least to cardiac surgeons and cardiologists in the great states of New York and Pennsylvania.

Richard N. Fogoros, MD is the author of “Fixing American Healthcare — Wonkonians, Gekkonians and the Grand Unification Theory of Healthcare.” This article was adapted from an entry he wrote for the active blog he maintains at http://CovertRationingBlog.com. 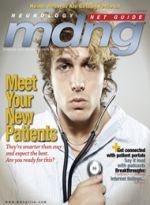 Tech Tips: Should You Switch to VoIP?
4 Questions with... James Valeriano, MD, Speaker for the "Speaking Out for Epilepsy" Podcast
Last Writes: Thinking About E-mailing Your Patients? Have You Lost It?
Word on the Street: Analyzing Build vs. Buy Decisions
Tech Talk: Personal Health Records: Just Say No
Social Media: Finally! A Facebook for Young Docs
TechSectors: EMRs/EHRs: One Patient, One Chart
Sounding Board: A Personal Health Record Primer
View From the Trenches: Does Patient Portal Data Entry Work?
Millennial Patients: How Your Practice Will Change as You Prepare to Care for the Next Generation of Patients
A Bad Report? The Problem With Physician Report Cards and a Proposed Solution
4 Questions with... Christine Chang, Healthcare Technology Analyst from Datamonitor.com
Related Videos
Related Content