Since an effective treatment for the rare disease metachromatic leukodystrophy had not previously been distinguished, investigators analyzed data on the safety and efficacy of arsa-cel, a gene therapy. 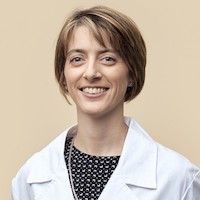 A new study on gene therapy was published in The Lancet. Patients with the rare disease metachromatic leukodystrophy (MLD) have not had an effective treatment; investigators examined the safety and efficacy of atidarsagene autotemcel (arsa-cel) as a treatment for this population.

Investigators treated 29 pediatric patients who had pre-symptomatic or early symptomatic early-onset MLD with biochemical and molecular confirmation of diagnosis with atidarsagene autotemscel and compared the group to an untreated natural history cohort of 31 patients with early onset metachromatic leukodystrophy, matched by age and disease subtype.

An improvement of more than 10% in total gross motor function measure score at 2 years after treatment in patients who received treatment compared with controls was required to meet one of the co-primary efficacy endpoints.

A change from baseline of total peripheral blood mononuclear cell arylsulfatase A activity at 2 years after treatment compared with values before treatment was required to meet the second co-primary endpoint of the study.

When analyzed, 26 of the patients who were treated with atidarsagene autotemcel were alive with a median follow up of 3.16 years. Due to disease progression, 2 patients died, and one passed due to a sudden event that investigators deemed unlikely to be related to treatment.

The co-primary endpoints were met for both cohorts of patients including those with late-infantile MLD, as well as those with early-juvenile MLD.

Investigators reported significant mean differences in total scores for gross motor function between treated patients and the control group for both cohorts of patients with late-infantile MLD and early-juvenile MLD when examined 2 years after treatment.

“Most treated patients progressively acquired motor skills within the predicted range of healthy children or had stabilized motor performance (maintaining the ability to walk),” investigators wrote.

The infusion was well tolerated with no evidence of abnormal clonal proliferation or replication-competent lentivirus.

“Further, most displayed normal cognitive development and prevention or delay of central and peripheral demyelination and brain atrophy throughout follow-up,” investigators stated. “Treatment benefits were particularly apparent in patients treated before symptom onset.”

At least one grade 3 adverse event, or higher, was experienced by all patients. According to investigators, most were related to conditioning or background disease. 4 patients experienced an adverse event related to atidarsagene autotemcel treatment where they developed anti-arylsulfatase A antibodies, but it didn’t affect clinical outcomes.

“Treatment with arsa-cel resulted in sustained, clinically relevant benefits in children with early-onset MLD by preserving cognitive function and motor development in most patients, and slowing demyelination and brain atrophy,” investigators concluded.

The study, “Lentiviral haematopoietic stem-cell gene therapy for early-onset metachromatic leukodystrophy: long-term results from a non-randomised, open-label phase 1/2 trial and expanded access”, was published in the The Lancet.