Despite research into several potential contraceptive methods for men more work remains to be done to find effective methods that could be introduced to the market. 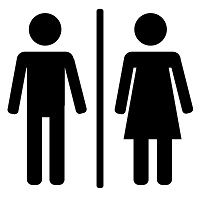 The January 2016 issue of Hormones addresses the state-of-the-art of MCMS.

Current MCMs include condoms. Their advantages include the ability to protect against sexually transmitted diseases, but condoms are associated high failure rates of roughly 19%. That other MCM, vasectomy, has a failure rate of 1% or less, but can be reversed only 50% of the time.

Researchers are currently investigating several pharmaceutical MCMs that could be added to the market in the future.

Researchers have tested various androgen regimens-- as monotherapy or in combination with progestins-- in clinical trials and some have had efficacies judged equal to that of the female oral contraceptive pill. Unfortunately, 5 to 20% of men have been non-responders, creating a concern about effectiveness.

Other concerns, including impracticality of parenteral administration and long-term prostate-associated or cardiovascular morbidity have created insurmountable barriers for the pharmaceutical industry.

Non-hormonal contraception methods have also been investigated. Chemical methods might inhibit spermatogenesis, and several mechanisms have been proposed.

Mechanical methods would disrupt sperm transport or fertilizing ability. A few of these are in pre-clinical development or have been abandoned due to toxicity. Gossypol, for example, is an herbal extract that was tested in China in the 1980s, but caused irreversible infertility and severe hypokalemia in some men. It was abandoned.

It appears that non-hormonal contraception is most promising among various MCM. The researchers indicate no reliable, safe and practical MCM has been identified yet. They conclude that women will continue to bear the contraception burden.