New Treatment Improves Quality of Life in Patients with Hemophilia B

Study results indicate BAX326 shows potential and is an efficacious and safe alternative treatment for patients with hemophilia B.

For patients diagnosed with hemophilia B, the constant threat of frequent and spontaneous bleeding can affect their lives in a variety of ways. The condition has been known to cause arthropathy in joints and muscles as well as chronic pain and disability, all of which can have a negative impact on quality of life.

Recently, a study was done by Jerzy Windyga of the Institute of Haematology and Transfusion Medicine in Warsaw and Brigitt E Abbuehl and Andrea Hafeman of Baxter BioScience in Vienna and Westlake Village, CA, respectively. The study looked at what level of treatment BAX326, also known as recombinant coagulation, can help patients control the condition, including reducing the frequency of bleeding. The newly approved treatment showed signs during testing of making the lives of hemophilia B patients better. According to the study’s authors, there are more than 4,000 people with the condition in the United States alone, and 1 in 25,000 male births have a chance of contracting the disorder at birth.

In most cases the treatment for hemophilia B involves the replacement of FIX with either plasma-derived (pdFIX) or recombinant FIX (rFIX) concentrates. The goal of the treatments is to bring FIX levels to between 60 and 80% during major bleeding events or between 20 and 40% during minor bleeding events. The authors report the typical dosage of FIX is between 20 and 100 IU/kg “depending on the type and severity of the hemorrhage.”

The World Federation of Hemophilia guidelines show the benefits of having treatments done prophylactically especially before patients engage in activities that present a high risk of injury according to the report.

According to the study BAX326 “was developed to have structural and functional characteristics comparable to those of endogenous FIX,” and added “The viral inactivation procedure used in the manufacturing of BAX326 differs slightly from that used in the manufacturing of other licensed rFIX product, such that it includes two independent virus removal steps to further reduce the risk of pathogen transmission.”

BAX326 is sold in lyophilized powder form in single use vials usually ranging from 250 to 3000 IU of rFIX. During testing there were no deaths, severe allergic reactions, cases of anaphylaxis, thrombotic events or other severe adverse events reported according to the authors. Some patients did report an increase in levels of thrombogenic markers but they did not seem to correlate with the time of infusion. The authors concluded that BAX326 “shows potential and an efficacious and safe alternative treatment for patients with hemophilia B.” They added, “Significant and meaningful improvements in physical health-related QoL in patients receiving prophylactic therapy with BAX326 compared with patients receiving on-demand therapy confirm the benefits of prophylaxis in hemophilia B and support the routine use of BAX326 in this setting.”

Study Suggests High Degree Of Sensitization, Severe Reaction To Other Legumes In Children With Peanut Allergies 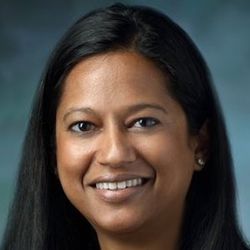 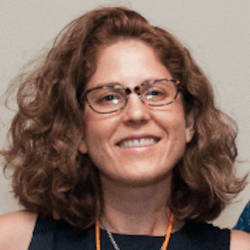