New Treatment Paradigms in Response to Antibiotic Overuse in Acne

Philadelphia&mdash;An improved understanding of the pathophysiology of acne has brought about changes in acne management, with the recognition that combination therapy with a topical retinoid and oral antibiotic should be initiated as early as possible to simultaneously attack multiple pathogenic factors, James Leyden, MD, of the University of Pennsylvania Hospital, said at a recent roundtable discussion.

New Treatment Paradigms in Response to Antibiotic Overuse in Acne

Philadelphia—An improved understanding of the pathophysiology of acne has brought about changes in acne management, with the recognition that combination therapy with a topical retinoid and oral antibiotic should be initiated as early as possible to simultaneously attack multiple pathogenic factors, James Leyden, MD, of the University of Pennsylvania Hospital, said at a recent roundtable discussion.

Antibiotic use has resulted in significant changes in the sensitivity patterns of various pathogens, and physicians have been told for a while now to modify their prescribing of antibiotics because of these trends.

The organism Propionibacterium acnes is sensitive to a wide range of antibiotics, with the exception of the aminoglycosides and mupiricin (Bactroban), said Dr Leyden. Minimum inhibitory concentrations of P acnes strains started increasing in the 1980s, with resistance to macrolides and erythromycin (Akne-Mycin) most apparent. In the 1990s, resistance to the second-generation tetracyclines (doxycycline [Periostat] and minocycline [Arestin] emerged.

Despite the increasing resistance, antibiotics have retained some efficacy in the treatment of acne because of their anti-inflammatory effects.

New treatment paradigms for acne are needed in light of changing antibiotic sensitivity patterns. The pathophysiology of acne begins in the preclinical state, in which the sebaceous gland increases sebum production. In addition, follicular desquamation of corneocytes becomes abnormal.

“The combination of these 2 factors leads to a clogginglike process in sebaceous follicles, known as the microcomedone, in which the lumen of the sebaceous follicle is dilated and abnormal cells begin to accumulate and provide an environment that is favorable for the proliferation of P acnes,” Dr Leyden said.

The microcomedone is considered the target for topical retinoids, which normalize the desquamation of corneocytes and also have an effect on inflammatory pathways. Antibiotics work primarily to suppress the organism and the inflammatory response it produces, and have a secondary, minor effect on the abnormal desquamation of follicles.

“Knowing this, the combination of the 2 classes of drugs seems to be imminently rational. For the vast majority of acne patients, the combination of 2 classes drugs, a topical retinoid and a topical antimicrobial, makes the most sense because the topical retinoid is primarily attacking the abnormal desquamation and has some anti-inflammatory properties,” said Dr Leyden. “The antibiotic is reducing the organism, provided the organism is still sensitive enough, has an anti-inflammatory effect, and an indirect effect on abnormal desquamation.”

Data on the superior efficacy of the topical retinoid adapalene gel 0.1% (Differin) in combination with doxycyline hyclate (Atridox), compared with doxycycline alone were presented by Alan Shalita, MD, of the State University of New York Downstate Medical Center, Brooklyn.

“The overwhelming majority of patients on combination therapy were not bothered by side effects, and almost all reported that they were satisfied or very satisfied with their therapy,” said Dr Shalita.

According to Dr Leyden, “if patients can be encouraged and learn how to use these topical retinoids without difficulty…without irritation…then they can, in a high percentage of cases, avoid the need for continued antibiotic therapy.”

The study adds to already available evidence that topical agents added to a patient’s regimen result in faster clearing and less antibiotic resistance, said Seth Orlow, MD, director of pediatric dermatology, New York University. “Patients now have the option of being transitioned over to other topical anti-inflammatory therapies that are not oral antibiotics,” he said.

Topical retinoids initiated at the start of therapy can help minimize antibiotic use, agreed Diane Thiboutot, MD, of the Milton S. Hershey Medical Center, Hershey, Penn. Unfortunately, “so many patients that I have in my referral practice come from primary care offices that don’t use topical retinoids, or are afraid to use them,” she said. 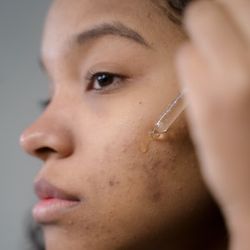 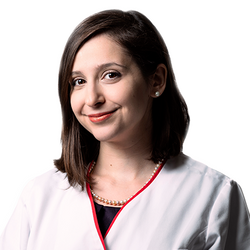 Half of Health Care Providers Report Acne During COVID-19 Pandemic