Thereâ€™s many benefits to using nitrous oxide for analgesia â€“ which is why itâ€™s a staple for dentists. Dubbed â€œlaughing gas,â€ the tasteless, colorless gas has proven to be safe and effective for both adults and children.

There’s many benefits to using nitrous oxide for analgesia — which is why it’s a staple for dentists. Dubbed “laughing gas,” the tasteless, colorless gas has proven to be safe and effective for both adults and children.

“Nitrous oxide has been around forever” Alexis LaPietra, DO, medical director of pain management in the emergency department at St. Joseph’s Regional Medical Center, said at PAINWeek 2016 in Las Vegas, Nevada. LaPietra said that nitrous oxide is often used in Europe for colonoscopies, compliments for labor pain, and endoscopies with support from an “enormous amount of evidence” that it works. So let’s see how why it should be incorporated more into practice in the United States.

Nitrous oxide is absorbed via pulmonary vasculature and does not combine with hemoglobin or other body tissues. It should have a maximum concentration of 70% N20. LaPietra described a 23-year-old male presented at the emergency department with gluteal abscess. He was adamant on going to work that day, and since nitrous oxide has a rapid onset and elimination of 60 seconds, it was a good option and provided pain relief.

There is no need for an intravenous (IV) line or NPO requirements (fasting), and the only monitoring needed is pulse oximetry. Patients can go home afterwards and are able to drive after administration. “It’s really a win-win situation” LaPietra said. Nitrous oxide also helps take away the anxiety of a needle.

There are some downsides with the use of nitrous oxide, however, such as abuse potential. In addition, the patient or nurse must hold mask and patients may feel claustrophobic with the facemask.

Some patients who should be excluded from the treatment include those with chronic obstructive pulmonary disease (COPD) or severe active asthma, otitis media, sinusitis, recent eye surgery, bowel obstruction, or altered level of consciousness (ie, psychiatric disease or head injury).

People with vitamin B12 deficiency should also be excluded from the treatment because an analysis showed that dentists and dental hygienists who were exposed to nitrous oxide over a long period of time had a higher risk of myelopathy and polyneuropathy. Also, pregnant women in their first or second trimester shouldn’t be given nitrous oxide. Nurses who were exposed to this over a long period of time had higher rates of spontaneous abortion, a study found.

The most common adverse effect is vomiting, and it’s related to the duration of treatment. In a study of 7,802 patients, three of them had a seizure, however, two of them already had a history of the condition.

The take home message here, LaPietra described, is that nitrous oxide is a safe, quick, and effective for painful procedures in adults and children. 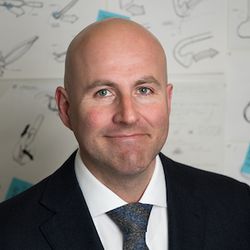