Last week, the medical license of New Jersey oncologist Dr. Parvez Dara was immediately, but temporarily, suspended by state regulators after health officials presented evidence linking Dara’s practice to a hepatitis B outbreak. Five of Dara’s patients have tested positive for the disease, prompting officials to warn nearly 3,000 of Dara’s other patients to get tested. Continuation of the suspension will be considered today.

Investigators who searched Dara’s Toms River, NJ, office found blood on the floor of a room in which chemotherapy was administered and in a bin where blood vials were stored; open medication vials; saline and gauze that were not sterile; cross-contamination of pens, countertops, and refrigerators; contaminated gloves that had been used, and improper use of antiseptics.

“This was not a one-time episode,” said Deputy Attorney General Siobhen Krier. “This is a case of egregious, bad medical judgment displayed over a long period of time.” According to Krier, Dara’s health code violations date back to 2002—when court records show he started paying almost $56,000 in fines for infection control health code violations—and posed “a clear and imminent danger to the public."

But Dara and his attorney, Robert Conroy, painted a different picture, saying no direct evidence links Dara’s office to the hepatitis B cases and that the state’s ongoing investigation has been sloppy. "There's no proof," said Conroy. "This is a rush to judgment ... before they get test results back."

And although Dara’s office did send a letter to patient on March 28 warning them of the risk and suggesting testing for hepatitis B and C, as well as HIV, Dara said he only used sterile supplies and equipment. He also suggested that the patients could have contracted hepatitis B in another way or have been latent carries before chemotherapy suppressed their immune systems. "It's not that rare," Dara said.

The state committee, however, said in the order to suspend his license that "Dr. Dara's own testimony has not persuaded the committee that he has an appreciation for the gravity of multiple breaches of basic infection control practices." Conroy said that Dara plans to appeal the decision immediately.

What do you think? Is the suspension of Dara’s licence justified based on what the state said it found in his office? Or is he being singled out as a scapegoat for an outbreak of an unknown source? Post a comment below and get a dialog going with your peers.

The NJ hepatitis B outbreak isn’t an isolated incident. In 2002, 99 patients in Freemont, NE contracted hepatitis C in what remains the largest single-source healthcare-transmisison outbreak in US history. Evelyn McKnight, survivor of the outbreak who suffers from chronic hepatitis C, and Travis Bennington, and attorney who represented many of the infected patients, recently penned the book A Never Event, which tells the true story of the event. Check it out at

Universal Screening for HCV the Better Option for Pregnant Women 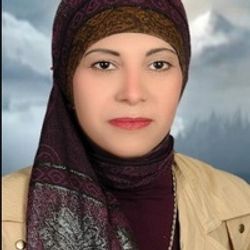