The findings showed a significant reduction of opioid consumption over a period of 6 weeks among those participating in the opioid-sparing approach compared with those who received standard opioid prescribing practices.

Evidence has been compiling on the benefits of these multimodal protocols to decrease postoperative opioid use following knee or shoulder arthroscopy while still addressing patients' pain. This team of investigators, led by Olufemi R. Ayeni, MD, PhD, Division of Orthopaedic Surgery, Department of Surgery, McMaster University, aimed to add to the existing evidence, which lacks prospective, comparitive trials by evaluating the effect of the opioid-sparing approach.

Measurement of the outcomes included postoperative oral morphine equivalent (OME) consumption at 6 weeks after surgery for the primary endpoint, and pain, patient satisfaction, opioid refills, quantity of OMEs prescribed at the time of hospital discharge, and adverse events, which was all reported at week 6 post-surgery.

Patients in the intervention group were prescribed naproxen, acetaminophen (paracetamol), and pantoprazole, along with a limited rescue perscription of hydromorphone and an educational infographic. For the control group, the treating surgeon decided how to prescribe opioid analgesics—the current standard of care.

When compared with the control group (median, 40 mg), data demonstrated that patients in the opioid-sparing protocol (median, 0 mg) had significantly lower opioid consumption 6 weeks after surgery. And although 4 of the 5 secondary endpoints revealed no significance, this indicated no meaningful difference in patient-reported pain between the groups.

The secondary outcome that yielded a significant difference was the amount of prescribed OMEs, with the average amount of 341.2 mg in the standard care group and 40.4 mg in the intervention group. Investigators reported a mean difference of 300.8 mg.

Of the 200 patients randomized into 2 groups of 100, the mean age was 43 years with a male majority (62%). At the end of the trial, 98 patients in standard care, and 95 in opioid-sparing protocol completed the trial.

"The underlying premise is that concurrent administration of multiple analgesics results in an additive effect and has the potential to reduce opioid consumption while maximizing pain control," investigators wrote. "NSAIDS are potent analgesics that form a cornerstone of multimodal analgesic protocols. Although NSAIDs carry risks, they were well tolerated in the current study and may be considered a first-line analgesic for patients without contraindications."

The study "Effect of a Postoperative Multimodal Opioid-Sparing Protocol vs Standard Opioid Prescribing on Postoperative Opioid Consumption After Knee or Shoulder Arthroscopy: A Randomized Clinical Trial" was published in JAMA. 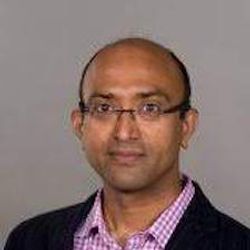