A new cohort from the Cleveland Clinic shows that the index could allow ICU clinicians to know whether a patient needs prone positioning or ECMO. 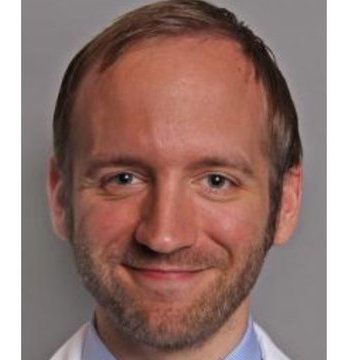 The study, presented at the 48th Society of Critical Care Medicine (SCCM) Congress in San Diego, CA, this weekend, was a retrospective seven-year cohort of all patients with ARDS admitted to a tertiary center intensive care unit (ICU) during that time. Led by first author Matthew Siuba, DO, the Cleveland Clinic Foundation team of investigators found means to properly assess patients most in need of prone-positioning or extracorporeal membrane oxygenation (ECMO).

Prior to the study, clinicians had no means nor tools to predict which ARDS patients would need these additional measures—which can sometimes require patient transfer and carry a risk of mortality, Siuba explained to MD Magazine®.

“The reason they were chosen is because they’re a lot more resource-intensive,” Siuba said. “ECMO especially is something definitely only done in specialty centers.”

Study coauthor Abhijit Duggal, MD, MPH, MSc, added to MD Mag that such an assessment has not been conducted in adult patients with ARDS. Not only would the finds better indicate which patients are at greater risk—it would give clinicians a more accurate trajectory of their condition and treatment, Duggal said.

“Most of these similar pediatric studies have looked at mortality as an outcome, which is important, but bedside skills when making these decisions has not been as important,” Duggal said. “It’s not why we do this.”

Investigators assessed 634 patients with ARDS for baseline disease characteristics including ventilation (fraction of inspired oxygen [FiO2]) and arterial blood gas (PaO2) parameters. Patients were compared to controls via univariate and multivariate analyses. The team found that 11.8% received prone positioning and/or ECMO. Median adjunctive therapy in response to disease progression was Day 3 for both patient groups.

In the multivariate analysis, oxygenation index was associated with an increased likelihood of a patient receiving prone positioning or ECMO (OR 1.06; 95% CI: 1.01-1.11). When compared to the PaO2:FiO2 ratio model (OR 0.99; 95% CI: 0.97-1.0), the index was shown to be an improved predictor for a patient requiring either crucial procedure during their hospitalization.

PaO2:FiO2, considered a more “traditional measurement” for a patients’ ARDS severity, is something physicians are more routinely aware of while managing a patient on a ventilator, Siuba said. Oxygenation index is less frequently observed.

“We want to look at the entire picture of mechanical ventilation, and try to understand who needs these procedures and how likely they are to need them,” Siuba said.

What’s more, previous data shows earlier implementation of prone positioning or ECMO is associated with a significant impact on patient outcomes. That fact, coupled with these cohort findings, are key factors towards emphasizing the importance of oxygenation index moving forward, Duggal said.

“What this does is gives us a very easy tool to know what patients we have to be on the lookout for,” he explained.

The Cleveland Clinic teams’ goal is now to assess their ICU practice in a respective fashion, and decide whether the findings dictate change as to how physicians manage ARDS bedside treatment procedure.

The study, "Oxygenation Index Predicts Need for Prone Positioning or ECMO in ARDS," was published online in Critical Care Medicine.