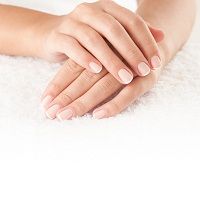 Pain patients may find relief after the use of high frequency repetitive simulation therapy, according to findings from a pilot study published in Frontiers in Neurology.

Researchers from Ruhr University Bochum in Germany observed 20 patients with complex regional pain syndrome in order to investigate if stimulation was able to improve the tactile abilities and to reduce pain. The patients’ fingertips were stimulated using a custom-made hand pad. The stimulation was conducted daily for 45 minutes over a 5-day period using either intermittent high or low frequency. The researchers additionally collected data about each participants’ 2-point discrimination threshold, so they would be able to later assess the tactile performance changes in the participants.

Each patient later rated their current pain level on a scale from zero to 10.

The researchers found that the patients demonstrated signs of significant improvement in areas of tactile performance after the stimulation sessions. The study authors added that while there were no signs of overall pain relief, there were substantial improvements.

“Some participants had at least 30 percent less pain after the intervention,” PD Dr. Hubert Dinse explained in a press release. “Further studies must now be conducted, to find out whether a more intensive and longer period of treatment can not only improve tactile acuity, but also considerably lower pain levels in defined complex regional pain syndrome subgroups.”

The statement continued by adding that previous research has explored using a therapeutic glove for stroke patients which improved sensory performance using passive stimulation. The brain learns to adapt to the new situation, called neural plasticity, and the brain learns to recognize itself through the passive stimulation, the researchers explained.

“Current techniques consist of applying a high-frequency signal in a generalized fashion,” researcher Giuliano Taccola noted in a press release after the publication of the Italian study. “That way, we get a ‘cumulative’ and somewhat undifferentiated stimulation of a group of nerve fibers. What we did instead was to adopt a ‘multi-site’ approach: the electrical stimulation is applied at different points of the circuit.”