A new study suggests that caregivers who want to increase the use of pancreatic enzymes by young patients with cystic fibrosis should consider whether their parents need treatment for depression. 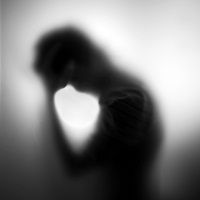 A new study suggests that caregivers who want to increase the use of pancreatic enzymes by young patients with cystic fibrosis should consider whether their parents need treatment for depression.

Investigators used the Center for Epidemiologic Studies Depression Scale (CES-D) to gage how parental mood affected treatment adherence and weight change over a 3-month period in 83 patients aged 1 to 13 years.

Nearly half of all parents reported significant depressive symptoms. Some 30% of them scored in the “clinical” range on the CES-D, and another 18% scored in the scale’s “moderate” range.

Subsequent analysis found that parental depression was associated with juvenile use of pancreatic enzyme supplements. Adherence rates were lower among children whose parents showed signs of depression (34.8% ± 4.5%) than they were among other children (48.5% ± 4.1%).

Adherence to enzyme treatment, moreover, had a significant effect on 3-month weight gain.

The overall adherence rates reported by the new study are on the high end of adherence rates reported by other studies that have followed children and teens with cystic fibrosis. A 2006 study that appeared in the Journal of Cystic Fibrosis found that less than half of patients adhered to treatment protocols, which the investigators said was typical of chronic ailments in children.

“When examining more objective measures, rates of overall adherence were below 50% for children with cystic fibrosis, indicating generally poor adherence to the treatment regimen. For example, rates of adherence to enzyme medications, using electronic and diary measures, ranged from 27% to 46%,” the authors of that study wrote.

“Accurately measuring rates of treatment adherence for children with CF is an important step in developing effective interventions to influence these behaviors.”

Other research indicates that patients (and their parents) actually have a fairly accurate notion of how well they adhere to treatment and that the key to greater adherence lies in motivating them to increase their efforts. A small Canadian study that appeared in the Canadian Journal of Dietetic Practice and Research measured adherence among adolescents with cystic fibrosis and then compared it with perceived adherence reported by the teens.