“The small number of patients that go on to develop chronic rhinosinusitis accumulates to about 15% of the population, making it an important disease.” — Dr. Kaliner

Michael A. Kaliner, MD, FACAAI, Medical Director, Institute for Asthma and Allergy, Wheaton and Chevy Chase, MD, delivered a lecture about chronic rhinosinusitis to the Annual Meeting of the American College of Allergy, Asthma and Immunology.

The ostiomeatal complex (OMC) was once considered the critical area for sinus infections. If you occlude the OMC in animals and place bacteria within a sinus, you could produce a sinus infection. The combination of occlusion plus bacteria was required for infection. If this were simply the case, surgery would cure everybody. Dr. Kaliner only sends to surgery patients with uncontrollable nasal polyps, not those with chronic rhinosinusitis (CRS).

Dr. Kaliner stated that CRS really means dealing with mucosal periosteal swelling, inflammation, and thickness, which may or may not be bacterial. Prerequisite CRS symptoms include purulent nasal and posterior pharyngeal discharge, facial pain/pressure, persistent nasal obstruction, and cough/postâ€nasal drip/throat clearing. Among several supporting symptoms, Dr. Kaliner has found that lack or change in the patient’s sense of smell is a very important criterion.

The many possible underlying causes of CRS include allergy, aspirin-exacerbated respiratory disease (AERD), infection, immunoglobulin deficiency, abnormal anatomy (eg, deviated nasal septum, hypertrophic turbinates), and miscellaneous causes (eg, dental disease, cystic fibrosis). Dr. Kaliner has seen many patients who were advised to have septum repair to fix their sinuses, but he feels that is generally unwarranted. The septum rarely impacts on sinus drainage, so unless it pushes the middle turbinate into the OMC, Dr. Kaliner does not recommend septum surgery. In contrast, a patient could have abnormal turbinates that block the OMC, which is an issue.

Dr. Kaliner then delved into CRS development. Acute rhinosinusitis (ARS) is fairly common, given that roughly 0.5 to 1% of all colds develop into ARS. While most patients with ARS feel better 2 weeks later, others develop CRS and become sick for rest of their lives. Dr. Kaliner aggressively treats patients with ARS to prevent this transition. Of the possible pathologic causes, he believes selfâ€propagating inflammation and disrupted epithelium are the critical denominators, with persistent infection also playing a role.

The data of allergy’s role in chronic sinusitis is overwhelming. Dr. Kaliner described one of his earlier studies on allergy involving 200 consecutive chronic sinusitis patients evaluated from 1994-1996. About one-half of subjects had allergic rhinitis, and one-quarter had non-allergic rhinopathy. It is unknown why allergy causes a predisposition to CRS, but it could be due to eosinophil inflammation, or, more likely, congestion-promulgated sinus inflammation. Still, Dr. Kaliner evaluates and treats for allergies every RS patient he sees, although this may relieve symptoms rather than manage RS.

AERD is associated with more severe asthma, sinusitis, and nasal polyps. Dr. Kaliner said, “Our experience has been crystal clear: Aggressive treatment for allergies and nasal polyps has made asthma easier to manage.” Polyp management is particularly important.

While some ARS may be caused by bacteria, the role of bacterial infections in CRS is unclear. When patients are asked about the color of their mucous, they respond “yellow.” When asked if it’s “yellow-clear” or “yellow-green,” those who answer the latter get antibiotics. There’s no question in some patients that bacteria are responsible for their CRS, but it’s questionable in many patients. Biofilms may be antibiotic resistant, and may be hard to culture.

Dr. Kaliner shared the approach that has served him well: 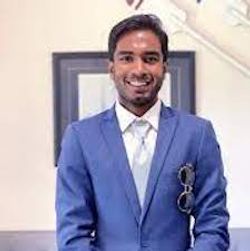