Pear Therapeutics and Novartis presented findings from their study exploring the use of digital therapies in addition to traditional treatment in patients with schizophrenia. 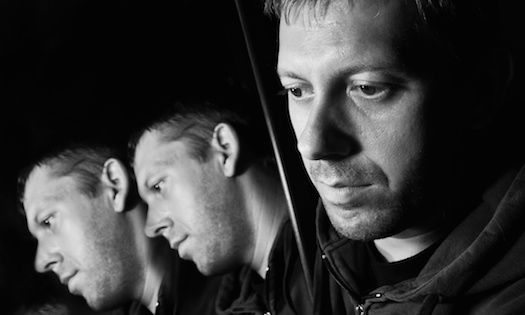 A recent study has found that a prescription digital therapy could address the need for multimodal neurobehavioral interventions among patients with schizophrenia.

Results of the proof-of-concept trial, which found that Pear-004 could improve symptoms and treatment retention among schizophrenia patients, were presented at the 2019 Annual Meeting of the American Psychiatric Association (APA).

“Even when patients do take their medications—they often face limitations in their outcomes that cannot be sufficiently addressed. A prescription digital therapeutic can deliver mechanisms of action that have the potential to deliver efficacious treatment, improving patient outcomes,” said Yuri Maricich, MD, chief medical officer and head of clinical development at Pear Therapeutics.

Pear-004 is a prescription digital therapeutic (PDT) in development by Pear Therapeutics and Novartis, that, in conjunction with standard therapy, can boost engagement and add therapeutic benefit to current therapies in patients with schizophrenia. Cognitive Behavioral Therapy, Social Skills Training, clinician research, and patient experience informed the interface and the coping mechanisms it encourages between patients’ interactions with their clinicians or caregivers.

The initial version of Pear-004 was tested by investigators in a two-week, open-label feasibility trial involving 13 participants with an end point of user engagement — investigators found that 75% of patients used Pear-004 every day during the study period. A second 8-week study, involving 20 participants, sought to determine the efficacy of Pear-004. In that study, 55% of patients used Pear-004 every day and investigators noted decreases in Positive and Negative Syndrome Scale (PANSS) total, general and negative symptoms scores. Additionally, there was decreases in Beck Depression Inventory-II and increases in WHO Quality of Life (WHOQOL-BREF) instrument scores.

Changes were made between each study, based on information and feedback, to improve the development of Pear-004. Participants rated their overall satisfaction with the digital therapy on a scale from 1 to 7, with 7 being the highest. After the two-week feasibility study, the overall satisfaction was rated as 5.92 and, after the second study, that satisfaction score was 6.41.

Investigators created a 12-week proof-of-concept randomized clinical trial with a primary outcome of change in PANSS score and secondary outcomes of changes in depression and quality of life. The third study involved 102 participants who were randomized 1:1 to Pear-004 or digital placebo and assessments were collected at baseline and weeks 4, 8, 12, and 16.

Maricich added that, despite the hurdles associated with developing digital therapies, he is optimistic about the technology’s future potential to improve the lives of patients living with schizophrenia.

This study, “Agile Development of a Prescription Digital Therapeutic for People With Schizophrenia,” was presented at APA 2019.