Pegcetacoplan May Provide Benefit in Early Progression to Geographic Atrophy

Monthly IV pegcetacoplan was associated with 39% reduced risk of progression from incomplete to complete RPE and outer retinal atrophy. 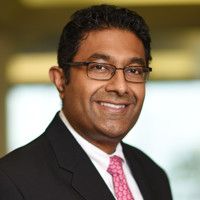 The post hoc analysis data assessing the complement C3 inhibitor in patients with GA secondary to age-related macular degeneration (AMD) suggest the IV agent may provide benefit in the early stages of AMD prior to a patient developing GA.

Led by SriniVas Sadda, MD, of the Doheny Image Reading Research Lab at the Doheny Eye Institute and the Department of Ophthalmology at the David Geffen School of Medicine at UCLA, investigators conducted the FILLY study to interpret potential link between pegcetacoplan with progression of iRORA in patient eyes with GA secondary to AMD. As the advanced stage of dry AMD, GA is characterized by loss of retinal photoreceptors, RPE and choriocapillaris.

Approximately one-quarter of all legally blind persons in the UK and US suffer from GA currently, with retrospective studies showing that a significant proportion of patients with GA may progress to blindness within a median 6 years.

“Geographic atrophy has been associated with specific genetic variants in complement-associated proteins, and elevated levels of complement proteins and activation products are found in plasma and drusen specimens from patients with GA,” investigators wrote. “Several clinical trials have investigated the ability of complement inhibitors to reduce the expansion of existing GA lesions.”

C3 and C5 inhibitor therapies have been previously shown to reduce GA lesion growth in patient eyes; the FILLY trial seeks to interpret the clinical value of pegcetacoplan in such an indication.

Sadda and colleagues conducted their analysis of the randomized, single-masked, placebo-controlled trial that took place from February 2 to July 7, 2020. The assessment included 167 patients with GA who did not develop exudative AMD; participants received either monthly IV pegcetacoplan (n = 41), IV injections every other month (n = 56), or sham injection (n = 70) over 12 months.

Investigators analyzed spectral-domain optical coherence tomography (OCT) scans in regions beyond a 500 μm perimeter from the GA border. The phase 2 trial primary outcome measures included progression from iRORA to cRORA from baseline to 6 and 12 months.

“Our findings support the role that the complement system may play in the complex pathogenesis of AMD,” investigators wrote. “Through testing regions of the retina beyond the transition zones that usually extend approximately 500 μm from the GA border, we provide evidence for the biological basis for the therapeutic outcomes of pegcetacoplan in eyes with GA.”

The team concluded the post hoc analysis showed a “quantified” understanding of the investigative IV inhibitor’s benefit for reducing risk of progressing from iRORA to cRORA. They added that the FILLY findings offer “an additional line of evidence for the potential effectiveness of pegcetacoplan in the treatment of GA, demonstrating a possible association with outcomes earlier in the course of the disease.”

The study, “Association of Pegcetacoplan With Progression of Incomplete Retinal Pigment Epithelium and Outer Retinal Atrophy in Age-Related Macular Degeneration,” was published online in JAMA Ophthalmology.