Kaiser Permanente Northern California’s study shows that the pertussis vaccine weakens as time passes after a patient's most recent vaccination. 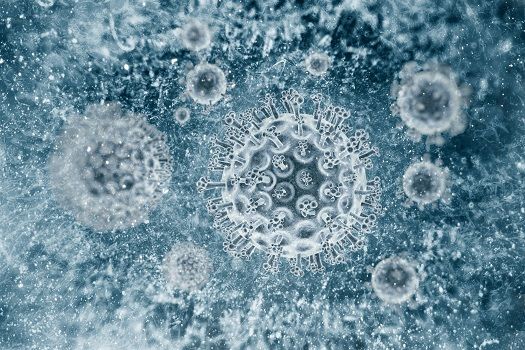 The pertussis (more commonly called whooping cough) vaccine may not be enough to prevent contracting the virus over time, according to a new study at Kaiser Permanente Northern California.

Pertussis can be as contagious as measles with an incubation period of 5-21 days, during which a cough or sneeze can cause others to inhale the Bordetella pertussis bacteria. If treatment is delayed, medicines are unable to treat the hallmark cough.

The coughing can become so intense as to cause vomiting, and in babies, seizures, cessation of breathing, pneumonia, brain damage, or even death. Young, comorbid patients are the most vulnerable populations to pertussis.

The new study, led by Ousseny Zerbo, PhD, a staff scientist in the Vaccine Study Center, retrospectively analyzed the electronic health records of 469,982 children aged 3 months to 11 years. Of 738 identified pertussis cases, 515 were in fully vaccinated patients, as well as in 88 patients who were fully vaccinated plus 1 dose. A total of 99 cases were unvaccinated, and 36 were undervaccinated.

Currently, the diphtheria, tetanus, and acellular pertussis (DTaP) vaccine is administered 3 times to babies, then twice as boosters to young children. The adult equivalent, Tdap, is administered once to preteens and every 10 years to adults, as well as during the third trimester of a pregnancy. Prior to the vaccine’s introduction in the 1940s, approximately 200,000 children fell ill and 9,000 died from whooping cough annually.

Investigators did not return requests for comment at the time of publication.

Suspicions of waning effectiveness for the pertussis vaccine have been building for some time. A 2016 study observed a dramatic increase in risk after 4 years had elapsed since a patient’s vaccination. A similar study in 2018 found that an intersection of waning immunity and incomplete vaccine coverage was causing the greatest pertussis resurgence since the 1950s—as evidenced by the 2010 and 2014 outbreaks in California, each of which resulted in more than 9000 pertussis cases.

As early as 2012, investigators gathered evidence that the vaccine’s effectiveness waned after the fifth dose, the odds of acquiring pertussis increasing by an average of 42% annually. The CDC has advised pregnant women to receive a pertussis booster (Tdap) for this exact reason.

The study, "Acellular Pertussis Vaccine Effectiveness Over Time," was published online in Pediatrics.