Pharmacological Strategies for Reduction of Obesity and CVD, Diabetes Risk 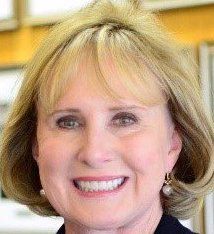 For the past 2 days, The Metabolic Institute of America’s (TMIOA) 2021 Heart in Diabetes sessions in New York, NY, provided clinicians with a platform to discuss a myriad of issues as they related to cardiovascular disease and diabetes.

The second day of conference began with presentations on diet and weight management.

These strategies could be used in conjunction with intensive lifestyle intervention and bariatric surgery, the latter of which produces on an average of 30% weight loss in 2 years.

“In between, the idea has been to fill this treatment gap with medications that can help patients better adhere to their lifestyle interventions,” Ryan said.

Older medications such as buproprion and liraglutide have offered roughly 5% to the lifestyle inventions that are deployed.

However, newer strategies such as semaglutide, which has been used for patients with type 2 diabetes, have produced 15%-17% weight loss in patients when given 2.4 mg weekly.

Ryan added these developments have created “enormous excitement” in the field of cardiovascular research.

Despite this, the medications both old and new have not been issued frequently.

“If you look at the people who meet the eligibility criteria in the label under the indication for the drugs, only about 1.3% of eligible patients have ever been prescribed anti-obesity medication,” Ryan said. “Why? Well, efficacy with our older drugs is less than is desirable, both by patients and by prescribers who are trying to get benefits.”

She added that the side effects of older drugs had also been “less than desirable”, but that clinically significant weight loss was not out of reach.

Additional prescribing barriers and lingering stigmas caused by the removal of ineffective older drugs have kept newer drugs from being widely acknowledged.

However, the average weight loss from semaglutide 2.4 mg had also been linked to substantial health benefits, which Ryan believed were positively viewed by patients and providers.

“Our key strategy when we're using these medications is we want to achieve the health benefits from weight loss per se, but we'd like our medications to have additional benefits, independent of weight loss,” Ryan said. “That would be ideal.”

She added that even modest weight loss (3%-5%) had resulted in improvements in blood pressure, triglyceride levels, and feeling and function.

However, 10%-15% more weight loss would be needed to see clinically significant improvements in patients with cardiovascular events, all-cause mortality, and remission of type 2 diabetes.

“When we're trying to get people to lose weight, what we're trying to do is get them to lose excess abnormal or ectopic body fat, because that's what's driving risk,” Ryan said. “The good news is that this abnormal body fat is cleared first.”

Earlier studies had reported substantial loss of these types of fat in patients with diabetes, with 1 study reporting a 16% reductio n in ectopic fat that led to a 65% reduction of hepatic triglyceride.

Additionally, Ryan reported on new medications, some of which were already in the phase 3 trial period, that she believed could equal or surpass the already promising semaglutide 2.4 mg.

Ryan stressed the need to address obesity as a way for weight management to be a viable pathway for reducing risk for cardio metabolic disease.

“We need more medicines that produce 15% or more weight loss, and we use these medicines to be to be able to be given in offices with an office-based lifestyle counseling, not some special intensive lifestyle intervention,” Ryan said. “(and) we do need evidence for reduction in morbidity and mortality, not just improvement in cardiovascular risk factors.”