TENAYA and LUCERNE show reduced treatment burden in nAMD patients, while vision gains and extended durability for DME patients were observed in YOSEMITE and RHINE. 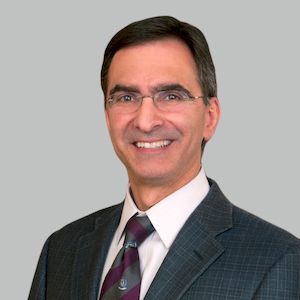 Faricimab is a novel angiopoietin-2 and vascular endothelial growth factor-A bispecific antibody, with an expected FDA approval in January 2022.

Data was obtained from a series of landmark phase 3 studies, including the TENAYA and LUCERNE and YOSEMITE and RHINE. The former reported the primary results evaluating intravitreal faricimab with extension up to 16 weeks for neovascular age-related macular degeneration (nAMD), while the latter aimed to reduce treatment burden and optimize patient outcomes in diabetic macular edema (DME).

According to the data, faricimab helped patients with both indications improve and maintain their vision, with about half of patients able to extend the time between treatment up to 4 months, while generally well-tolerated.

The TENAYA and LUCERNE studies reported phase 3 results evaluating intravitreal faricimab with extension up to every 16 weeks for nAMD.

Both TENAYA and LUCERNE were randomized, double-masked, non-inferiority trials across 271 worldwide sites. Included nAMD patients were treatment-naive and aged 50 years or older.

They were assigned 1:1 to intravitreal faricimab 6.0 mg up to every 16 weeks, based on protocol-defined disease activity assessments at weeks 20 and 24, or aflibercept 2.0mg every 8 weeks.

Primary endpoints were considered the mean change in best-corrected visual acuity (BCVA) from baseline averaged over weeks 40, 44, and 48 in the intention-to-treat population. Additionally, the safety analyses included patients who received ≥1 one dose of study treatment.

“Visual benefits with faricimab given at up to 16-week intervals demonstrates its potential to meaningfully extend the time between treatments with sustained efficacy, thereby reducing treatment burden in patients with nAMD,” said study author Jeffrey S. Heier, MD, Ophthalmic Consultants of Boston.

The study, “Efficacy, durability, and safety of intravitreal faricimab up to every 16 weeks for neovascular age-related macular degeneration (TENAYA and LUCERNE): two randomised, double-masked, phase 3, non-inferiority trials," was published in the Lancet.

Investigators noted PTI dosing intervals were extended, maintained, or reduced every 4 weeks up to 16 weeks, which was based on disease activity at active dosing visits.

“Robust vision gains and anatomical improvements with faricimab were achieved with adjustable dosing up to every 16 weeks, demonstrating the potential for faricimab to extend the durability of treatment for patients with diabetic macular edema,” wrote study author Charles C Wykoff, MD, Retina Consultants of America, Blanton Eye Institute.

The study, “Efficacy, durability, and safety of intravitreal faricimab with extended dosing up to every 16 weeks in patients with diabetic macular oedema (YOSEMITE and RHINE): two randomised, double-masked, phase 3 trials,” was published in The Lancet.