More severe asthma, poorer quality of life symptoms, and an elevated risk of death from the disease are prevalent in patients hospitalized with acute asthma exacerbation.

Due to this staggering statistic, a team of investigators decided to use cluster analysis to improve the understanding of heterogeneity in patients hospitalized for acute asthma exacerbation by identifying acute exacerbation of asthma phenotypes.

In an analysis presented at the American Academy of Allergy, Asthma & Immunology (AAAAI) 2019 Annual Meeting in San Francisco, CA, this week, asthmatic patients who were hospitalized due to acute exacerbations between January 2009 to April 2014 were prospectively and continuously assessed. By using variables from baseline and follow-up during hospitalization on 825 patients, hierarchical cluster analysis was performed to identify phenotypes.

In their the results, investigators identified 3 clusters. Asthma onset time, prehospital OCS use, and CRP level within the first 24 hours of hospitalization included the 3 most influential variables for cluster assignment.

The highest amount of systemic steroid was used to treat these patients, who were likely to have been admitted to ICU, administered mechanical ventilation, and/or died during hospitalization. These patients also paid the most direct cost for hospitalization and had the longest hospital length stay.

In a previous study, a team of investigators identified traits that predict future asthma attack. They included (in order of most impactful to least):

Among the 10 traits found to predict exacerbation risk, the traits found to correlate the strongest with risks of depression, inhaler device polypharmacy, vocal cord dysfunction, and obstructive sleep apnea.

This study, “Acute Exacerbation of Asthma Phenotypes and Prognosis Identified by Cluster Analysis,” was published online in The Journal of Allergy and Clinical Immunology. 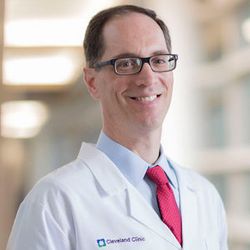