High rates of risk factor development, including microvascular complications,  were observed in patients with youth-onset type 2 diabetes (T2D) from the TODAY study.

The data was presented at the The Metabolic Institute of America (TMIOA) 2021 World Congress Insulin Resistance Diabetes & Cardiovascular Disease meeting this week in Los Angeles.

In an interview with HCPLive, the presenter of the data, Phil Zeitler, MD, Medical Director, Children's Hospital Colorado Clinical & Translational Research Center, discussed the original TODAY study focusing on youth-onset T2D treatment, as well as the follow-up observational study on long-term complication rates in these patients entitled the TODAY2 study.

“What we found was very high rates of development of hypertension, dyslipidemia, and that really is despite pretty aggressive protocol driven treatment of risk factors during TODAY,” he said.

“In addition, what we found was a similarly high and increasingly rapid development of nephropathy and an increase in retinopathy from very little and almost exclusively mild retinal disease at the end of TODAY in 2011 to high prevalence and more severe retinal findings five years later, as part of TODAY2,” he continued.

He then went on to note that nearly 80% of the kids in the study developed ≥1 microvascular complication by 12 years from the time of randomization, which occurred within six months of diabetes diagnosis.

Then, he discussed improving outcomes for these patient populations, including more aggressive therapy for pediatric patients, pushing against the perceived default of treating children with the lowest dose of a drug.

“I think one answer is that we need to push back against the typical pediatric argument that you should treat with lower amounts of drugs, etc,” Zeitler said. “Argue that these kids need, if anything, more aggressive therapy than adults, because they appear to have aggressive onset of complications, at least as bad as the adults, if not more rapid.”

Zeitler noted that more presentations will look at data from TODAY, including topics such as diabetes distress in the population, healthcare usage, and vascular measures, including stiffness.

Additionally, he mentioned a collaboration with DPP and DCCT EDIC in order to compare complication rate outcomes in children with youth-onset type 1 diabetes (T1D) and adult onset T2D.

Lastly, Zeitler touched on the larger public health consequences of increasing rates of youth onset diabetes, noting his work in Denver saw a 50 - 75% increase in T2D diagnoses during the COVID-19 pandemic.

“There's no sign that this is decreasing, if anything, it appears to be accelerating gradually,'' he said. “This is going to have enormous public health implications in the future.” 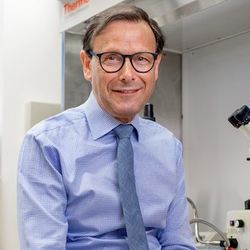