Picking up the Pace: Progress on Artificial Kidney

The quest for an artificial kidney is decades old, but it's picking up pace. Investigators at the Kidney Project expect to have their device in clinical trials next year.

Kidney dialysis can keep patients alive, but at a price. 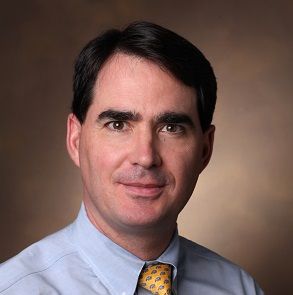 William Fissell, MD, (photo right) associate professor of medicine in the Division of Nephrology and Hypertension at Vanderbilt University, Nashville, TN, part of a team of researchers working to create an artificial kidney, knows how steep that price can be. 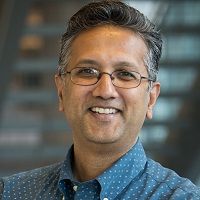 During an undergraduate stint working on an ambulance as an emergency medical technician, Fissell met an unforgettable dialysis patient.

“She had been on dialysis for several years and her bones had demineralized,” he said, “She had a sort of titanium cage holding up her head and she was in unremitting agony.”

The patient was living proof that despite the amazing advances technology has brought about in other areas of health care, treatment of kidney failure with dialysis has not changed much.

In a moon-shot effort to change that situation, Fissell has been collaborating with longtime colleague Shuvo Roy, PhD, (photo left) a professor in the University of California at San Francisco’s Department of Bioengineering and Therapeutic Sciences.

The duo has been working for more than a decade trying to create an artificial device that would take over for the kidney.

Described as “about the size of a coffee cup” the artificial organ would be permanently implanted in surgery similar to kidney transplant. If it works it would eliminate the need for patients to spend several hours a week at a dialysis clinic, or to endure the suffering that can come with the demineralization of bones.

Known as The Kidney Project , the research effort is nearing the point where the silicon nanopore membranes in the prototype biohybrid device made of both living tissue and synthetic materials will be tested in clinical trials—a target date of late 2017 with trials then to be completed by 2020. Fissell and Roy are co-principal investigators.

The proprietary technology that Fissell and Roy have developed has to do with silicon nanopore membranes which “optimize the pressure/permeability tradeoff that is part of every filtration process,” according to Fissell.

The target GFR rate should be 20 to 30 mil/min once the device is implanted.

According to The Kidney Project's "Updated Frequently Asked Questions Version 3.0" a primer credited to the two researchers, though patients with total kidney failure would be the obvious candidates, the device might work for patients with partial failure as well, a decision that would have to be made by patient and physician.

Fissell and Roy have worked on the project since they met at Case Western Reserve University Medical School in Cleveland, OH.

After completing his undergraduate degrees in electrical engineering and physics from Massachusetts Institute of Technology, Fissell earned his MD from Case Western and, after an internal medicine residency there, began a nephrology fellowship with H. David Humes, MD, at the University of Michigan

While he was completing the fellowship, he often drove to Cleveland where, Fissell said, they could work on the project.

Roy’s research program in BioMEMS, or biomedical micro-electromechanical systems, turned out to be a critical element in the quest for the artificial kidney.

Roy says he appreciated Fissell’s enthusiasm for MEMS as well as his willingness to teach him about the unmet needs that exist for dialysis patients.

Fissell also credits Humes the pioneering kidney transplant surgeon and inventor of an earlier extra-corporeal renal assist device, for helping during the early stages of the research, describing him as a mentor.

One of the major challenges of creating an artificial kidney is that anything implanted in a patient has to “survive in the hostile environment of the human body,”Fissell says.

He adds that anyone who has ever had a splinter knows how adept the body is at getting rid of foreign objects. “The innate immune system and the acquired immune system allow your body to fight off things that aren’t you,” explains, “In our device, and our contribution the field, has been changing the underlying tech of the membrane that filters the blood.”

Fissell says that Humes pointed out that if you could manufacture an ideal filter, you would have also manufactured an ideal scaffold to build cultured cells. “It’s like a colander,” Fissell said, “Some things just can’t penetrate through the membrane to get at the cells, and similarly, things can’t get through the other way,” he noted.

“Instead of relying on drugs, we actually have a physical barrier,” Fissell explained.

In addition to considering how the body will affect the implant, the team must also think about how the implant will work within the body. 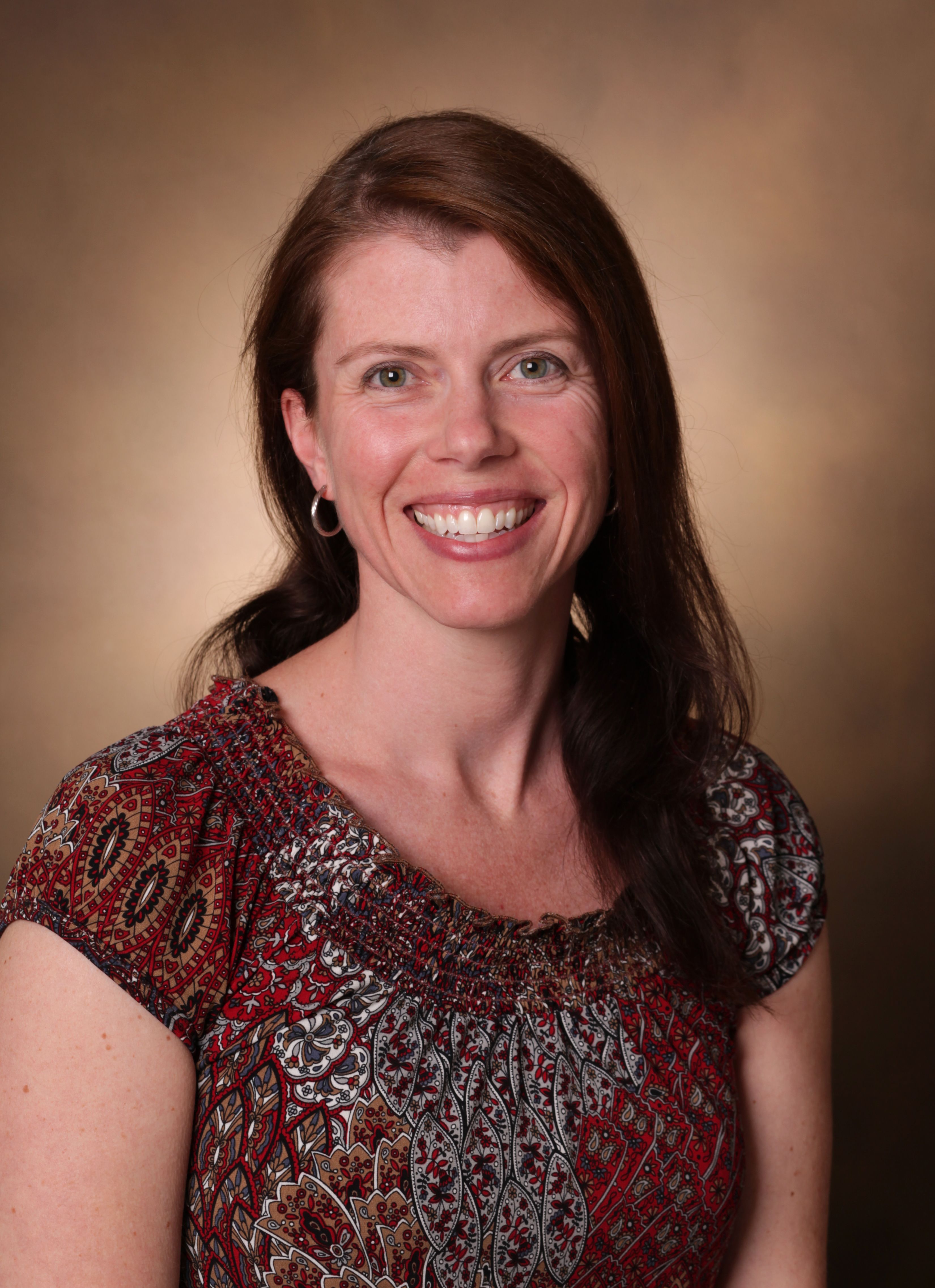 Her focus: how blood gets to the membrane and back to the body without causing major problems.

Buck is Instructor of Radiology and Radiological Sciences in the Vanderbilt University Institute of Imaging Science. She was introduced to Fissell because he was looking for someone with expertise in fluid dynamics to use magnetic resonance imaging to validate the work they were already doing.

Buck’s PhD project involved fluid mechanics in carotid arteries, so she was a perfect fit. “It started as a smaller collaboration,” she said, “now it’s my primary project, both by choice and by grant.”

She thinks of that task as keeping water flowing in a stream. “In certain areas--like eddies or whirlpools--sticks, dirt, or grass collect," she said, adding,"We can have similar problems with blood flow that could cause recirculation regions and possibly clotting."

The Kidney Project has National Institutes of Health funding through its National Institute of Biomedical Imaging and Bioengineering. But it will require tens of millions of dollars more before it is completed and ready for market, Fissell said.

The research was part of a US Food and Drug Administration (FDA) program called Innovation Pathway 2.0.

More recently the researchers' project has been accepted for participation in FDA's Expedited Access Pathway program.

The researchers said that has resulted in closer contact with the agency to address regulatory hurdles and create a more efficient roadmap and timeline for project approval. Participation is expected to improve the team's overall chance of success.

Multi-institutional collaboration has been key to the effort—even the National Aeronautics and Space Administration has gotten involved helping with materials research. Among the many institutions participating in the project are UCSF, Vanderbilt, Cleveland Clinic, Ohio State University, Penn State University, and University of Michigan.

The public is all too ready for the team to succeed, Fissell said. “I get eight to 10 emails a day, asking how much does this cost? When can I show up? Is Tuesday good?” he said. The good news is that the research and development are going well, but the less good news is that there is still a long way to go before the device is available.

Much is at stake. Chronic kidney disease affects 26 million American adults. Dialysis treatment has provided a way for 468,000 people to live with kidney failure. But on average dialysis patients live only five to 10 years after starting treatment, and 65% die within five years of starting treatment according to the National Kidney Foundation.

Buck says one of the most exciting aspects of the project is that it “will lead to an immediate solution. Projects I’ve worked on in the past didn’t always lead to a solution.”

Fissell said he keeps thinking of that elderly dialysis patient from his EMT days.

He recalled that the woman carried a key so that medical personnel could remove the device supporting her head if necessary. Despite her constant and terrible pain, Fissell said that she was “eternally kind and pleasant.” She always remembered details about the lives of the EMTs. Her attitude provided lifelong inspiration to Fissell.

“If a person in such pain, someone who had to carry a physical object [the key] that was a talisman of her impending death could be so pleasant, then I, who am healthy, can do anything.” 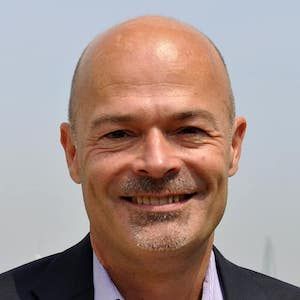