Researchers in Baltimore found a connection between prenatal complications, genetic risk, and the impact on neurodevelopmental conditions in children.

The placenta plays a critical role in the risk of developing schizophrenia and may also influence attention deficit hyperactivity disorder (ADHD) and other neurodevelopmental conditions, a new study suggests.

“The placenta mediates at a biological level the interaction between genetic risk and environmental events during pregnancy,” lead researcher Daniel R. Weinberger, MD, Director and CEO of the Lieber Institute for Brain Development in Baltimore, told MD Magazine.

“We show in a large sample of subjects, both patients with schizophrenia and normal control subjects, that inherited risk for schizophrenia is significantly influenced by events during pregnancy,” he said.

Weinberger, working with an international team, identified parallels to other developmental disorders. For example, the research found that schizophrenia genes become more active in a complicated pregnancy when the fetus is male. ADHD, autism, and other behavioral conditions also appear to be 2-4 times greater in males than in females.

“Because complicated pregnancies are risk factors for many developmental disorders, including

autism, ADHD, dyslexia, Tourette Syndrome, these results or analogous results related to genetic risk for these other disorders are expected to translate beyond schizophrenia,” Weinberger said. The team now plans to perform the same study using genetic risk for ADHD as the starting point for exploring gene expression in the placenta related to that disorder.

In the current paper, published in Nature Medicine, the researchers studied the records of more than 2,800 adults, 2,038 of whom had schizophrenia. They considered the participants’ genetic makeup and reviewed detailed medical histories of their mothers’ pregnancies.

The results showed that when genetic susceptibility to schizophrenia coincided with pregnancy complications such as preeclampsia and restricted intrauterine growth, the risk for developing the disorder jumped.

To search for a cause, the researchers zeroed in on the placenta, where about a third of the genes associated with schizophrenia are found. These genes proved to be especially activated during a complicated pregnancy, Weinberger said.

“RNA sequencing studies of human placentas, both normal term deliveries and placenta from complicated pregnancies, showed that this is the case,” he said.

While previous studies have suggested that both genetics and pregnancy complications can influence the risk for schizophrenia, the current research goes a step further. Past investigations have focused on how genes related to behavioral disorders directly impact prenatal brain development. The current study suggests that many genes associated with the risk for schizophrenia instead have an indirect effect on brain development by influencing the health of the placenta.

"For the first time, we have found an explanation for the connection between early life complications, genetic risk, and their impact on mental illness and it all converges on the placenta," Weinberger said.

Weinberger stressed the importance of the findings — “it provides the first evidence of a gene x environment interaction related risk for a developmental disorder,” he said. It also highlights the placenta as a target organ for new investigations.

“Strategies to improve placental health are in their infancy and this is a highly neglected area of human tissue biology,” he said.

Third, research may lead to prevention strategies in high risk pregnancies that will reduce the incidence of these disorders. In such cases, focusing on improving the health of the placenta and rescuing it from adversity would be important, Weinberger said.

“We are exploring in ongoing research whether genetic risk scores in the context of complicated pregnancies can predict outcome and development early in life,” he said. “This may have implications for prioritizing prenatal care in cases with high placental genetic risk.” 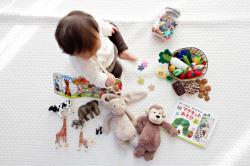 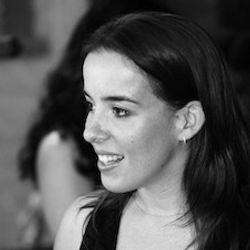