Understanding the complex, multifaceted ecological interactions that spread pathogens such as Ebola and MERS is extremely difficult; however, a recent study utilizing multidisciplinary approaches may hold some clues. 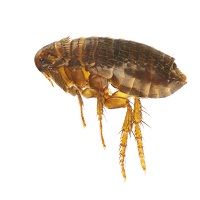 Understanding the complex, multifaceted ecological interactions that spread pathogens such as Ebola and MERS is extremely difficult; however, a recent study utilizing multidisciplinary approaches may hold some clues.

Researchers from Colorado State University, in conjunction with the Centers for Disease Control and the Ranger District for the Pawnee National Grasslands, recently published a multi-year study on black-tailed prairie dogs infected with the plague. The authors hope that the results of the study can provide, “an ideal model for the study of rare infectious zoonotic disease -- diseases that can jump from wildlife to humans -- like MERS (Middle East Respiratory Syndrome) and Ebola.”

The Yersinia Pestis bacterium that causes the plague is usually transmitted via flea bites. For the study, the researchers identified and tested thousands of black-tailed prairie dogs in the Pawnee National Grassland in northeastern Colorado and tens of thousands of the fleas that were infesting the prairie dogs.

Through multi-year observation of both the prairie dogs and their fleas, the researchers determined that diseases “may ‘smolder’ unnoticed in a population for years, rather than jump from species to species immediately before an outbreak,” particularly in the prairie dog population in which those individuals that were infected were dying underground. In addition, the researchers found that factors such as the environment, weather conditions, and other outside factors also play a role in the transmission of diseases. For example: the plague pathogen thrives best during a cool, wet season, and scavengers such as grasshopper mice and coyotes may have sped the transmission of the disease by spreading the disease-carrying fleas that were still infesting the prairie-dog carcasses.

These findings may help shed light on the spread of other diseases, such as Ebola, which became a pandemic due to multiple factors, such as the densely populated environment where the virus appeared and spread, and poor health care access and sanitation.

The Colorado University news article on the research states that, “The researchers hope their study leads to better measures for modeling and predicting infectious disease transmission, but there are still open questions about the human-wildlife interface of disease.”