Plastic Surgery: How to Stay Ahead of the Curve

The financial collapse a decade ago was hard on the practice of plastic surgery-at least for elective cosmetic procedures. Since then, said Alexes Hazen, MD, an associate professor of plastic surgery at NYU Langone Medical Center and director of the Aesthetic Surgery Center, demand is way up again. But so is the competition. Success means staying ahead of the game by testing and adopting the latest procedures and technology.

The nation's financial collapse a decade ago was hard on the practice of plastic surgery—at least for elective cosmetic procedures.

Since then, said Alexes Hazen, MD, an associate professor of plastic surgery at NYU Langone Medical Center and director of the Aesthetic Surgery Center, demand is way up again.

But so is the competition. Success means staying ahead of the game by testing and adopting the latest procedures and technology.

“There’s certainly enough demand from patients, but there are so many providers now and different kinds of doctors doing procedures—dermatologists, oral surgeons, ENTs. Ob/Gyns and physician extenders are all jumping on the bandwagon,” Hazen said.

Hazen has started offering new fat-removal options. Liposuction is still the most popular plastic surgery procedure, she said. But two newer non-invasive options are also bringing in patients. One sold as Vanquish is a system that heats fat with radiofrequency. The usual treatment is four sessions and usually results in a few pounds being lost with no effort.

“In conjunction with a diet patients lose about 10 lbs,” she said, “but even if you do nothing and keep eating as usual you’ll use 2 or 3 lbs; not bad considering you are doing nothing but showing up.”

Another system called CoolScupt reduces fat by deep chilling it. The patient’s fat is squeezed in a chilling vice with roughly the dimensions of a brick. That kills the fat cells and they are gradually excreted.

It works, but it is uncomfortable, she said.

“I tend to be conservative—there’s always some new machine that purports to do something wonderful,” she said. “We either do a small study or find out who is testing it and what they’ve found out.”

Medical tourism is also affecting the field, as it has become easy for patients to comparison shop and find good, cheaper surgeons abroad. That carries risks, she said.

“It’s not always a terrible thing; there are wonderful plastic surgeons out there,” she said. But it is not always easy to judge whether a facility is clean and safe. About once a year she gets a patient who has had a botched procedure or bad outcome in another country.

Despite the competition, Hazen sees her field growing.

Sometimes it is the latest “look”, for instance young women in the US who have recently become convinced their inner thighs should be lean enough so there is a space between their legs when they stand.

“They all want that space,” she said.

Is the nation obsessed with achieving impossible body image standards?

“In some ways the situation is worse and in some ways there is more acceptance for differences in color, size, shape, and gender identity,” she said.

Americans are fatter than ever, and plastic surgery can help. Hazen said she's had patients who lost a few pounds through a surgical procedure then were energized to lose significant weight on their own.

For those who do lose a lot of weight, surgery can shore up sagging skin. Sometimes it can give weight loss a jump start by removing bodily impediments to exercising, such a oversized breast or a huge drooping abdomen. "These people can't work out and can't run and sometimes can't even walk," she said.

The nation is aging, and people seem as willing as ever to use surgery to fight the appearance of getting older. “People, particularly working in the media are expected not to have wrinkles or sagging necks or things that happen when you age and I think that’s where we’re falling short; aging is okay.”

“Will that change? No,” she said, “not for a long time—which should keep us in business.”

In the videos below Hazen talks about her field and why she loves it. 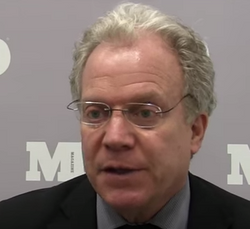 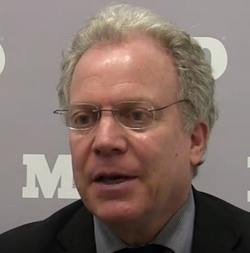 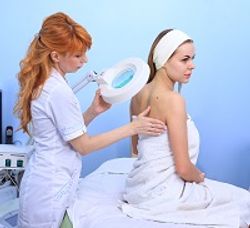