Researchers found a significant association between polygenic risk scores for ADHD and reaction time variability, but not commission errors.

In the current study, the investigators were able to capture the cognitive functions using reaction time variability (RTV) and commission errors (CE).

In the discovery genome-wide association study there was a total of 19,099 ADHD cases with 34,194 control participants. The combined target sample included 845 individuals with ADHD between 8-40 years old. Reaction time variability and commission errors were available from reaction time and response inhibition tasks and ADHD polygenetic risk scores were calculated from the genome-wide association study using a leave-one-study-out approach.

In addition, there was no significant association found between ADHD polygenic risk scores and reaction time variability or commission errors in any sample individually (P >0.10).

“We detected a significant association between PRS for ADHD and RTV (but not CE) in individuals with ADHD, suggesting that common genetic risk variants for ADHD influence attention regulation,” the authors wrote.

Building on Past Research

Polygenic risk scores yield an estimate of the genetic propensity to ADHD at an individual level. This can be used to investigate shared genetic etiology between ADHD and other phenotypes.

However, only a handful of population-based studies have explored the cognitive phenotypes associated with ADHD using polygenic approaches. The few studies that have focused on this link have provided initial evidence on the association between polygenic risk scores for ADHD and lower general cognitive ability, educational attainment, and working memory, but not inhibition impairments.

In addition, evidence from clinically diagnosed samples of ADHD are even more limited. 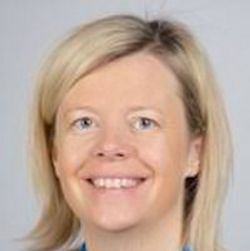