Study results show that hip flexion weakness and, to a lesser extent, ankle dorsiflexion weakness have the greatest impact upon changes in walking speed as MS progresses

Copenhagen, Denmark — October 3, 2013 – According to results from a longitudinal study, quantitative devices detected changes in sensorimotor function over time in patients with multiple sclerosis (MS) and identified proximal lower extremity weakness as having the most impact upon changes in walking speed as the disease progresses. This association was independent of the disease subtype and held true in subjects with stable Expanded Disability Status Scale (EDSS) scores. Implications of these data may be that initial sensorimotor evaluations may be more useful in determining which patients will benefit from more monitoring than changes in EDSS scores throughout the course of their disease.

Scott Douglas Newsome, DO, Johns Hopkins Medical Center in Baltimore, MD, reported findings during the Clinical Assessment Tools poster session of the 29th Congress of the European Committee for Treatment and Research in Multiple Sclerosis (ECTRIMS) and the 18th Annual Conference of Rehabilitation in MS.

Newsome headed a team in conducting a longitudinal study that followed 136 patients with MS; of these, 83 subjects had relapsing-remitting MS (RRMS), 31 had secondary progressive MS (SPMS), and 22 had primary progressive MS (PPMS).

This study aimed to correlate measurements of the degree of lower extremity motor and sensory impairment experienced by patients with MS that were obtained from quantitative motor and sensory devices to the patients’ actual walking speed and global disability measures over time.

Investigators conducted a baseline evaluation of patients’ disabilities that included measurement of ankle dorsiflexion (ADF) and hip flexion (HF) strength, which were quantified using a hand-held dynamometer; vibration sensation thresholds (VST) at the great toe were quantified using a Vibratron-II device. Other disability parameters included the timed 25-foot walk (T25FW). Quantitative sensorimotor measures and sensory/pyramidal Functional System Score (FSS) of the Expanded Disability Status Scale (EDSS) were taken at baseline and evaluated for change or no change over the study time period.

Longitudinal outcomes that aimed at identifying which variables best predict the T25FW score were modelled by mixed effects regression models using T25FW as the dependent variable and quantitative strength and sensation, disease subtype, symptom duration, age, and gender as the independent variables. The mean age of the cohort at trial entry was 44.3 (standard deviation ±10.8) years. The baseline EDSS range was 0 to 8.5 and 66% of the cohort was female. The subjects were followed for a mean 2.1 (±1.2) years.

Hip flexion weakness had the greatest impact on walking speed, which was especially pronounced in the subjects having baseline HF strength of less than 20 pounds of force. Walking speed significantly increased as HF strength decreased with T25FW increasing by 0.20 seconds per each loss of 1 pound (P=0.001) of HF strength at baseline. ADF weakness has a lesser effect on walking speed; T25FW changed by 0.19 seconds per each pound of change in ADF (P<0.01). “Interestingly, the groups having the strongest and weakest flexion measurements at baseline showed the greatest decline,” said Newsome.

The investigators observed that quantitative strength measures changed over time for the entire cohort (P<0.05) but the VST did not change over time (P>0.05) despite showing a non-significant trend. Although the FSS scores were stable, a 20% change from baseline was detected in 32% of ADF, 9% of HF, and 42% of VST measures.

The association between quantitative measurements of sensorimotor function, especially hip flexion weakness in the weakest subjects, and decreased walking speed was seen as a useful prognostic for walking speed over time even when the patient’s respective FSS of the EDSS was stable over the same duration.

The authors concluded that quantitative tools may be used to improve the precision of disability measures in MS. More precise measurement of disability and predictions for decreased walking speed could be useful in daily practice and for patient classification in future MS neurorehabilitative and neuroreparative clinical trials. “More sensitive measurements of early changes are needed to prevent patients progressing to loss of the ability to walk. Presently, due to interventions, it is hard to gauge the proportion of patients diagnosed with MS that will progress to requiring wheelchairs, but we need to monitor at-risk groups and prevent this process,” said Newsome.

No external funding was disclosed for this study. 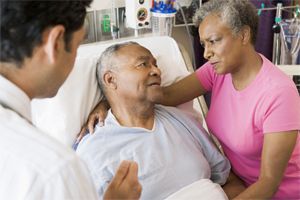