A peer-reviewed manuscript outlines the preclinical validation for the use of QR-110 in the treatment of Leber’s congenital amaurosis 10 (LCA10).

The preclinical validation for the use of ProQR Therapeutics’ QR-110 in the treatment of Leber’s congenital amaurosis 10 (LCA10), an inherited retinal dystrophy that causes childhood blindness, has been detailed in the recent publication of a peer-review manuscript in the journal Molecular Therapy—Nucleic Acids. While QR-110 is currently in its first in-human, phase 1/2 clinical trial, plans for next steps are already in discussion.

As a first-in-class investigational RNA-based oligonucleotide, QR-110 is engineered to address the underlying cause of LCA10 due to the p.Cys998X mutation in the CEP290 gene. By binding to the mutated location in the pre-mRNA and causing normal splicing of the pre-mRNA, QR-110 is designed to restore wild-type CEP290 mRNA, leading to the production of wild-type CEP290 protein. QR-110 is intended to be administered via intravitreal injections.

“We designed QR-110 to be able to change the way a cell takes its RNA and processes it to make a protein,” said David Rodman, MD, executive vice president of research and development at ProQR, in an exclusive interview with Rare Disease Report®. “One of the innovations of making oligonucleotides into drugs has been an understanding of what chemical modifications give them the drug-like properties. By changing the chemical backbone, we can make these molecules very stable, so they don’t deteriorate; otherwise, the body would look on them as foreign—like a virus—and try to attack them. These molecules like QR-110 have been changed so the body will accept them and not reject them or try to digest them.”

In preclinical animal models of mice, rabbits, and monkeys, QR-110 was identified as the best antisense oligonucleotide to correct the splicing defect associated with the deep intronic c.2991+1655A>G mutation in patients with LCA10; QR-110 was designed to target the specific mutation, as it is the most common mutation in LCA10 patients.

“Almost half of the patients with LCA10 have the mutation we are targeting,” added Dr. Rodman. “The drug is mutation-specific; this is a great example of precision medicine in which you need to have the specific mutation. If a patient does, the drug should work.”

In wild-type mice and rabbits localization studies, QR-110 readily reached all retinal layers, with an estimated half-life of 58 days. Additionally, QR-110 was found to be well tolerated following intravitreal injection in monkeys. Consequently, investigators involved in the study concluded QR-110 to be a promising candidate for treating LCA10 due to its the pharmacodynamic, pharmacokinetic, and safety properties.

“[In the study, we essentially inverted the retinal cells over to the mouse phenotype so they didn’t recognize [the deep intronic c.2991+1655A>G] mutation anymore and produced a normal protein, and that’s really the conclusion of the paper,” highlighted Dr. Rodman.

With the confidence gained from the preclinical results, a first-in-humans phase 1/2 clinical trial was initiated. According to Dr. Rodman, the trial is designed to enroll up to 12 patients aged 6 years and older in whom investigators will inject 1 of their eyes with QR-110 every 3 months. Every month, they will measure the drug’s safety and document any evidence of vision improvement.

Since the trial began last year, 10 patients are already receiving treatment; full enrollment is expected in August 2018. Interim analyses for the trial are also planned, and results are expected before the end of 2018 to assist in potential proceedings with the drug.

Previously, QR-110 was granted an orphan drug designation in the United States and the European Union and given a fast track status by the FDA. 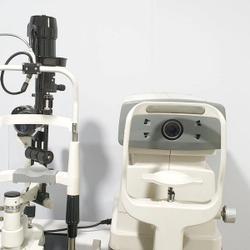 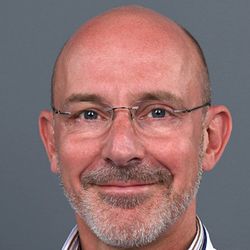