Researchers from Massachusetts General Hospital who analyzed medical records from three healthcare systems in their state have found no evidence to indicate that prenatal exposure to antidepressants increases the risk for autism and related disorders or for ADHD. 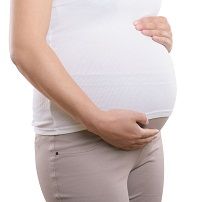 Researchers from Massachusetts General Hospital (MGH) who analyzed medical records from three healthcare systems in their state have found no evidence to indicate that prenatal exposure to antidepressants increases the risk for autism and related disorders or for ADHD.

In a study published in the January 5, 2016 online issue of Translational Psychiatry, the research team suggests that any increased incidence of autism or ADHD found in children with prenatal antidepressant exposure in previous studies was probably an association instead with the severity of the mother’s depression, which has been shown to be a risk factor for several neuropsychiatric disorders.

“The fact that we now have found, in two large case-control studies, no increase in the risk for autism with antidepressant use itself should be very reassuring,” said senior author Roy Perlis, MD, MSc, Medical Director of the Bipolar Clinic and Research Program in the Department of Psychiatry at MGH and author of an earlier study on this topic published in 2014. “Some of the studies that have suggested an association did not account for key differences between mothers who take antidepressants and those who don't, in particular that those taking antidepressants are more likely to have more severe illness.”

Multiple studies have assessed the possible link between prenatal antidepressant exposure and autism spectrum disorder (ASD) or ADHD risk, but results have been inconsistent. Determining the level of any risk associated with prenatal antidepressant exposure is crucial to balancing this risk with the benefits of maternal depression or anxiety treatment.

Although autism and ADHD incidence were increased in children with mothers who took antidepressants prior to becoming pregnant, antidepressant exposure during pregnancy was not found to increase the incidence of either condition.

However, maternal psychotherapy was associated with a significantly increased risk of autism or ADHD, supporting the researchers’ hypothesis that previous findings of a link between these conditions and prenatal antidepressant exposure actually reflected the risk conferred by maternal depression itself.

“While taking any medicine during pregnancy can be a difficult decision, we hope the results of our two papers—which now cover more than 2,500 children with autism and almost 4,000 with ADHD&mdash;will provide some reassurance to women concerned about getting treatment for depression or anxiety during pregnancy,” said Perlis. “While there are depression treatments that don’t involve medication, for some patients they are not effective, available or preferred. We want women and the clinicians working with them to be as informed as possible when making this decision.”