President Obama Addresses HIV, Malaria, Ebola, and Cancer During State of the Union

Barack Obama gave his final State of the Union address as the president of the United States on January 12, 2016. In addition to acknowledging a plethora of issues, including immigration and student loans, President Obama expressed the importance of tackling medical hurdles. 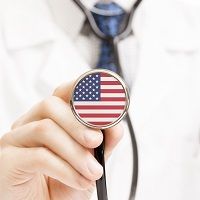 Barack Obama gave his final State of the Union address as the president of the United States on January 12, 2016. In addition to acknowledging a plethora of issues, including immigration and student loans, President Obama expressed the importance of tackling medical hurdles.

“Tonight marks the eight year that I’ve come here to report on the State of the Union. And for this final one, I’m going to try to make it a little shorter,” President Obama jokingly began his speech.

Health is always a hot topic of discussion when it comes to politics — and not just with programs like Medicare. During CNN’s Republican debate in September, Donald Trump suggested changing vaccination practices to reduce the risk of autism — a proposition that wasn’t even entertained by medical professionals. Jeb Bush voiced his pro-life abortion views and alternative idea to the Affordable Care Act. President Obama, however, addressed conditions like the human immunodeficiency virus (HIV), malaria, Ebola, and cancer. 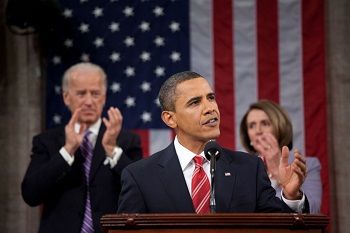 “Right now, we’re on track to end of the scourge of HIV/AIDS. That’s within our grasp. And we have the chance to accomplish the same thing with malaria — something I’ll be pushing this Congress to fund this year,” the President divulged. But malaria is primarily found in foreign countries — you may say to yourself. And while the vast majority of cases in the US stem from travelers returning from African and Asian countries, Obama noted that helping the sick in African countries is not only the right thing to do, but it prevents the next pandemic from coming to the US.

President Obama commended physicians, doctors, and development workers for their “heroic” work to stop the spread of Ebola in West Africa. “They set up the platform that then allowed other countries to join in behind us and stamp out that epidemic. Hundreds of thousands, maybe a couple million lives were saved,” he said.

It’s true; there have been incredible strides against Ebola over the past year. In early September 2015, Liberia was declared free of Ebola transmission and nearly three weeks later the Centers for Disease Control and Prevention (CDC) lifted the requirement to screen travelers coming from that country. Obama also commented on a condition that hits home for most Americans.

“For the love ones we’ve all lost, for the families that we can still save, let’s make America the country that cures cancer once and for all,” Obama continued, and the health care community is already excited about it.

“It is very encouraging to see the President use his final State of the Union Message to call for a major effort to cure cancer,” said Benjamin G. Neel, MD, PhD, of NYU Langone Medical Center. “Of course, those of us who are old enough remember President Nixon announcing a “War on Cancer” 45 years ago. Unfortunately, we had neither the weapons nor the strategy to fight that war. Fundamentally, we didn’t really know what cancer was, and as a result, we were in no position to effectively combat it.”

To sum it up, great progress has been made to end HIV and malaria is up next to squash. Keeping these diseases from spreading can be done, as proven with Ebola; and Obama has less than one year as the 44th president to put initiatives, like the war against cancer, into motion. You may not have strong feelings on minimum wage or gun control, or even politics in general, but health impacts everyone on a personal level.

“So I hope we can work together this year on some bipartisan priorities like criminal justice reform, and helping people who are battling prescription drug abuse and heroin abuse. So, who knows, we might surprise the cynics again,” the President concluded.