A recent study from Brigham Young University introduced vaccine-hesitant students to survivors of the diseases that vaccines now can prevent. 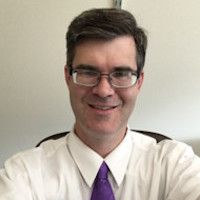 The Brigham Young University (BYU) investigators—led by Brian D. Poole, PhD, from BYU’s Department of Microbiology and Molecular Biology&mdash;chose students at the university for the study in to assess whether future parents could be influenced to vaccinate their children. In return for their participation, students received extra credit in relevant classes.

Students were divided into 2 groups after taking the survey. They interviewed either a VPD survivor (intervention group) or a patient with an autoimmune disease (control group.) Both groups took a second survey at the course’s conclusion to assess whether their views on vaccines had changed and, if so, which aspects of the study had encouraged such a change.

According to the World Health Organization (WHO), vaccine hesitancy is one of 2019’s top 10 threats to global health. They note that VH “threatens to reverse progress made in tackling vaccine-preventable diseases.”

“Vaccination is one of the most cost-effective ways of avoiding diseases—it currently prevents 2-3 million deaths a year, and a further 1.5 million could be avoided if global coverage of vaccinations improved,” their site read.

On the other hand, VH students in the control group hardly showed any increase in PV attitudes, with only 6 students (27%) becoming pro-vaccine.

In addition to the interview interventions, students enrolled in classes which provided vaccine education showed a broad, significant increase in all VH students’ (n= 5) PV attitudes, the average VAS increasing by 7.00±1.41 points even outside of the intervention group.

Overall, the intervention group caused the greatest VAS increase regardless of vaccine education curriculum, but both in tandem were the most effective. Poole told MD Magazine® investigators were surprised by the dramatic attitude changes.

“Seeing that 75% of the students who had 1 of our interventions changed their attitudes, and that these changes were enough to shift so many into the pro-vaccine group, was a much more profound result than we expected,” he said.

Most VH students (62%) said that hearing about VPD survivors’ physical pain was the strongest influence towards becoming pro-vaccination. On the other hand, 54% of students ranked financial costs as the least impactful on their attitudes towards vaccines.

In the future, Poole hopes this study will influence curriculum in college-level health courses and beyond. The addition of personal stories could complement education.

“We scientists have tended to avoid stories, because we have the truth on our side and using anecdotal stories almost seems unethical,” he told MD Mag. “However, if we are using stories to promote and motivate towards the truth, they can be a powerful tool.”

The study, “Combating Vaccine Hesitancy with Vaccine-Preventable Disease Familiarization: An Interview and Curriculum Intervention for College Students,” was published online in Vaccines.