The drug, a fully human monoclonal antibody that has impressed equally in asthma and atopic dermatitis trials, may be approved for market as soon as March of 2017.

In a move that could bring a promising new treatment to millions, the FDA today accepted Sanofi and Regeneron’s joint offering, dupilumab, for priority review. Development is ongoing, but trials published to date have shown the drug effective against two major and common ailments with few significant side effects. The targeted action date is March 29, 2017.

Upon approval, it is expected to be a “blockbuster” drug, both in sales and impact.

Dupilumab is a fully human monoclonal antibody directed against the body’s interleukin (IL)-4 receptors, intended to block signaling of IL-4 and IL-13. Both are cytokines believed to play a major role in the manifestation of allergic diseases.

Recent atopic dermatitis (AD) studies highlight the drug’s potential. Researchers writing in Expert Opinion on Biological Therapy in 2015 were convinced that “dupilumab has the potential to become a new first line standard treatment for patients with severe AD,” in response to a study that showed a 74% drop in Eczema Area and Severity Index (EASI) when compared to placebo.

Another 2015 study, published in the Lancet, examined the drug in 5 different dosing regimens, and found, across the board, “marked improvement” from baseline in EASI, SCORing Atopic Dermatitis (SCORAD), and percentage of body area affected by AD. Few serious side effects were reported in each study, with more occurring in each placebo group than in the test groups.

Most existing AD treatments are topical steroids or immunosuppressants, both of which have their share of long-term drawbacks. As a biologic still in testing, dupilumab’s promise may lie both in what good that it does and what harm that it doesn’t.

The drug has fared well in asthma trials as well. A randomized, double-blind study published in the New England Journal of Medicine in 2013 claimed increased lung function and vastly decreased exacerbations among asthmatics: only 6% of the dupilumab patients experienced exacerbations during the course of the study, as compared to 44% of those on placebo. The study also reported that, with asthma better controlled, the test group experienced fewer nocturnal awakenings as a result of disease symptoms.

Sanofi and Regeneron are also engaging in clinical trials examining the drug’s efficacy in cases of chronic sinusitis and eosinophilic esophagitis. Advance projections place its annual sales by 2021 at between $2-5 billion. 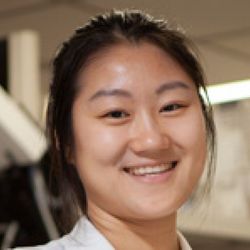